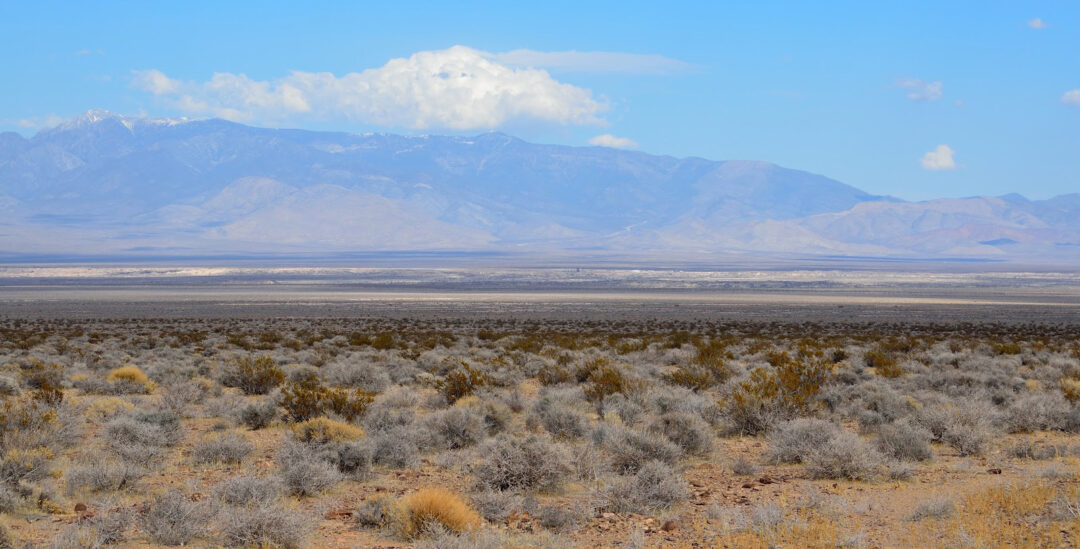 For years, my family has visited Grand View Point, where, in the 1880s, stagecoach passengers first glimpsed the Grand Canyon. At this forgotten and quiet spot, we stand at the rim and hold our breath. Six feet ahead, the ground drops 5,000 feet into a festival of color, texture, and light. We have seen this landscape hundreds of times, yet it never fails to awe, to make us consider our place on Earth. Whether visiting it for the first time or the hundredth, the Grand Canyon touches people’s souls. Why, then, is protecting it so difficult?

Yet, despite these visionary actions, uranium mining in the Grand Canyon’s watershed threatens this remarkable park. In a mere seventeen years (the ban expires in 2032), uranium miners can once again lay claims across the region. And currently, due to an exception in the withdrawal, the Forest Service and Bureau of Land Management have allowed existing mines with valid mineral rights to mine uranium on public lands surrounding the Grand Canyon. Some of these mines are opening despite environmental analyses last performed in the 1980s, allowing disregard of both modern science and best practices.

Proof of the catastrophic consequences of uranium mining in the Grand Canyon region can be found at the Orphan Mine. In 1951, geologists discovered high-grade uranium deposits adjacent to popular South Rim overlooks. From 1966 to 1969, the Orphan Mine operated on a private claim that preceded the park. At the time, it was one of the nation’s highest-yielding uranium mines, producing 800,000 tons of ore and 13 million pounds of uranium. Yet the long-lasting damage this mine did to the canyon and its watersheds has cost millions of taxpayer dollars to reclaim and far exceeds any economic profits from the mine.

Due to extreme contamination, the Orphan Mine site has been declared a federal Superfund site under the Comprehensive Environmental Response Compensation and Liability Act. Today, the upper mine area, inside Grand Canyon National Park at Maricopa Point, is fenced to protect visitors from radiation and toxic contamination. In the canyon below, signs warn hikers against drinking water from Horn Creek. Contaminated by the mine, Horn Creek’s uranium levels exceed EPA safe drinking water standards. Taxpayers are still footing the bill for that mine’s cleanup with no funds recovered from the former mine owners. To date, cleanup costs exceed $15 million. Groundwater cleanup efforts, the more expensive component, have not yet begun.

Regulators continue to permit uranium mines to operate within the Grand Canyon watershed. Just six miles from the Grand Canyon’s south rim, the Canyon Mine is slated to begin extracting yellowcake in early 2016. The mine itself is located near Red Butte, sacred to the Havasupai Tribe. The ore shaft will be sunk in geologic formations that feed the Grand Canyon watershed, including springs essential to park hikers and wildlife. Yet, current hardrock mining rules require no regular groundwater monitoring to assess impacts to nearby water resources or to monitor for potential contamination. Existing regulations simply do not require measures sufficient to ensure that uranium mining does not impact this fragile landscape. The Grand Canyon Trust, Sierra Club, and Center for Biological Diversity are currently before the Ninth Circuit Court as co-plaintiffs with the Havasupai Tribe, fighting this mine.

The science clearly supports the need for caution. Dr. Dave Kreamer, professor of geoscience at the University of Nevada, Las Vegas, and vice president for North America for the International Association of Hydrogeologists, has spent his career studying the impact of uranium mining in the Grand Canyon region. Kramer says, “The science shows that it is unreasonable to assume that uranium deposits, when disturbed by mining, can’t leak into groundwater.” Contrasting uranium to other extractive industries with better practices, Kramer notes that “[t]he uranium mining operations in the Grand Canyon region have no such rigorous or extensive well-monitoring program, no consistent system to test water quality in mine seeps, and no regular spring monitoring.”

The importance of the seeps, springs, side canyons, and riparian areas in the park cannot be over emphasized. These springs, used for thousands of years by Native Americans, are where many traditional sites are located. In addition, the unique wildlife and vegetation of the spring and seep areas are extremely important to the park’s biodiversity.

If the temporary ban is not made permanent through either an act of Congress or a presidential proclamation creating a national monument, we risk seeing the most precious areas of the Grand Canyon region forever contaminated by radioactive and toxic pollution. What is the canyon without the seeps and springs that support life within its depths and breadth? How will the Havasupai Tribe, residents of the Grand Canyon since time immemorial, survive if they cannot drink, swim, or fish in their blue-green waters?

With industry poised to aggressively pursue mining, agencies, decision-makers and the conservation community must act swiftly to protect Grand Canyon National Park, the lands surrounding it, and the communities that rely on the canyon.

Several concrete steps can move this protection forward. Creating better regulations for uranium mining on federal public lands is a first step to improve agency oversight for the mines grandfathered in despite the withdrawal. Working with regional tribes and local governments, the Grand Canyon Trust and Sierra Club have submitted a formal petition to the federal agencies asking for these reforms. Another opportunity lies in the hands of the Arizona legislature and governor—the elected leaders of the Grand Canyon state. In neighboring Colorado, concerned legislators crafted mandates to protect Colorado’s groundwater resources from uranium mining contamination. This groundbreaking law can and should be a model for regulatory reform of the laws governing uranium mining in Arizona. And finally, we should unite behind Representative Grijalva’s trail-blazing legislation designed to permanently protect the Grand Canyon region from uranium contamination through the creation of a Greater Grand Canyon Heritage National Monument. Because whether you are standing at the rim, rafting through Lava Falls, or mid-way through a rim-to-river-to-rim journey—one thing is clear: protecting the Grand Canyon is essential to the physical, economic, and spiritual health and future of our region.

Steve Martin served as the superintendent of Grand Canyon National Park from 2007 to 2011 (retired) and currently chairs the Grand Canyon Trust’s board of trustees.