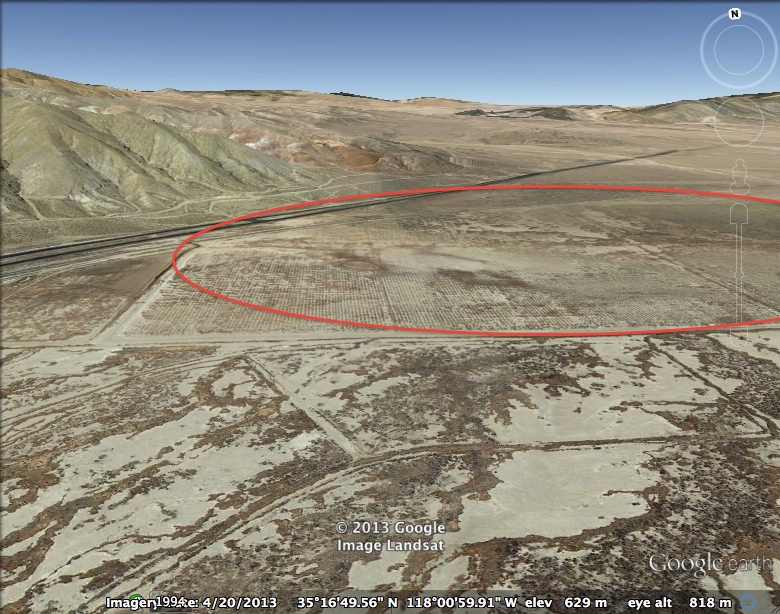 The Visioning and Marketing of Desert Natural and Cultural Heritage Tourism

Thirty years ago when I moved to the Mojave Desert this amazing landscape captured me. A northern Californian by birthright and experience, I thought my residency would last three years before taking in additional wonders of California’s State Park System. Such is the adventure of being a State Park Ranger.

When my wife Marsha and I moved to Red Rock Canyon State Park it was an amazingly abrupt and stark contrast from where I worked at cool foggy Half Moon Bay State Beach. We arrived to unload in unseasonably warm 108-degree weather in late May of 1984. Our first thought was ‘what have we done.’ Even though hot summer temperatures garnished our first desert season, these redwood forest dwellers immediately were drawn to the solitude and beauty of the surrounding desert. We found a long-term home we never expected.
When our northern Californian friends and family asked ‘what did you do wrong’ to be banished to a desert landscape, we kindly explained the new wonderful world we had discovered. People who have not truly encountered the desert often mistake its extremes and openness as a forgotten, foreboding wasteland.

Captured by both the reality and the ever-present imagination the desert inspires, I spent the last twenty years of my State Park career at Red Rock Canyon. It was my pleasure to introduce people to the wonders of the desert and the beauty of Red Rock Canyon in particular. I saw myself as a catalyst to their enjoyment; an ambassador for the fascinating geology, and a conveyor of the intricate beauty and bounty of desert life, with all of its splendid adaptations for survival.

I quickly found Red Rock was becoming popular, not by marketing, but by word of mouth. Attendance and interest rapidly grew. Red Rock Canyon quickly became a staple on a much larger destination tourism cycle that stretched from Yosemite, Sequoia, and Kings Canyon National Parks in the north all the way to the Grand Canyon, Bryce, and Zion in the Southwest. Many of our travelers were heading to or coming from Death Valley National Park.

At first European tourists stumbled into Red Rock rather blindly. These Europeans were fascinated by the American West and remarked what a special surprise it was to discover Red Rock Canyon. Within two years the European experience transformed from happenstance to an intentional targeted encounter. Arriving Europeans proudly displayed printed guidebooks touting Red Rock Canyon in virtually every European language. By 1996 European tourism accounted for nearly 4% of all overnight stays at the park, all without any proactive marketing. And use by foreign tourists was on the rise.

One of the most recent studies (BBC Research and Consulting, 2010) concluded that California State Parks generate $3.2 billion in annual visitor spending, leading to a total economic impact of $6.41 billion. That same report concluded that California State Parks contribute $145 million in local tax revenues and $289 million in state tax revenues annually. During that same period the General Fund allocation for State Parks totaled only $131 million, $14 million less than the tax dollars generated for local communities alone. Since that time State Park’s allocation from the General Fund has fallen to $116 million.

Traveling to and from our parks, visitors stop in local towns, shop, buy goods, and acquire remembrances and souvenirs. An economic tread links this tourism travel. From food to fuel, from entertainment to lodging, tourists need and rejoice in the services en route communities provide. In this fashion, state parks and other heritage tourism are incredibly strong small business engines.

Just when we should be helping tourism expand to new heights, we are constantly publicizing the uncertain status of our parks. Services remain reduced and hours of operation uncertain. And closer to home, Kern County officials seem posed to impact tourism further through the pending approval of a mega-solar installation known as AquaHelio, proposing to install over 2 million solar panels south of Red Rock’s border. AquaHelio calls their transformation of the local landscape the “Fremont Valley Preservation Project.” Just beyond the park’s northern boundary another 25,000-acre wind farm known as Laurel Mountain remains a prospect.

I have written before about my support for alternative energy, but equally of its wise, harmonious and judicious placement. Surrounding our desert parks and natural areas with industrial landscapes attacks and degrades our tourism infrastructure. This is simply not our wisest, or only, course of action.

Within eastern Kern County, Red Rock Canyon is only one element within a corridor of tourism which should be devoted to the renewable tourism economy. Red Rock and the Bureau of Land Management’s Jawbone-Butterbredt ACEC together attract a diverse array of recreational customers who explore the scenic and open space character of the recreational opportunities. The AquaHelio project rests juxtaposed to the tourism entry pathway for both arenas, significantly impacting initial perceptions. In its current design, the proposed project will completely pinch the scenic corridor and reformat these perceptions.

Unfortunately, the Kern County Planning Department hasn’t proactively developed tourism modeling nor built tourism corridors into its land use planning. This, despite the fact Red Rock Canyon State Park was established in large part due to the persistent nudging of local civic associations and governmental bodies. As early as 1928 both the Kern County Board of Supervisors and the Civic Commercial Association of Bakersfield actively promoted the establishment of a park at Red Rock Canyon.

Red Rock Canyon remains one of the signature parks of the California State Park System. It is as important to science as it is to public enjoyment, relaxation and appreciation. By example, 30 species new to science have first been named from Red Rock Canyon discoveries, several within recent decades.

Eastern Kern County represents an impressive rural landscape, which currently reflects the American heritage of westward expansion. The landscape retains enough pristine character to easily envision Native Americans in their homeland. With strategic planning and promotion Kern County could sell a vision of the Old West, where one can still imagine stagecoaches rambling over the dusty terrain or the toils of weary gold rush immigrants. Eastern Kern currently enjoys significant recreational tourism, even in the virtual absence of attractive interpretive thematic messaging.

The community of Ridgecrest, having recognized this potential, promotes itself as a gateway to Death Valley and this year has created a signature Rock Art Festival designed to celebrate local heritage and attract tourists. In addition, Ridgecrest, like most of eastern Kern County, benefits from continued Hollywood filming. The beauty, hues, and textures of our local desert landscape have inspired constant use by the film and television industries. Within Red Rock Canyon alone in excess of 150 motion pictures containing canyon imagery are documented from the silent picture era onwards.

In fact, Ridgecrest is actually well situated to capitalize on both the prevalence of motion picture history as well as these pristine vistas reminiscent of earlier times. Ridgecrest could sport an imaginative film festival, anchored by city infrastructure, which involved touring both prominent motion picture locales and simultaneously historic mining encampments and old stagecoach trails; in other words a unique event celebrating both the real and the mythic West.

Kern County, and the desert Kern communities, have never fully analyzed such economic potential, nor pursued an integrated strategy identifying the essential elements of economic development, to ensure that such potential is not degraded by unharmonious development.
Planned and managed growth offers potential to both entice and attract development, while simultaneously preserving unhindered tourism economics.

Unfortunately, the proposed AquaHelio project when implemented not only will irrevocably impact current tourism aesthetics, but additionally unmet potential. The harshness of this transition will degrade tourist’s impressions and impinge upon the intrinsic values Kern County has yet to fully capitalize in pursuit of its economic favor. Planning departments should at minimum buffer non-harmonious landscapes from direct connection.

It is also imperative that our planning agencies abide by prior commitments made to local, and in this case our statewide, citizens. Today, most innovative communities see their physical setting as an attribute to their way of life. We must embrace and celebrate our desert ecosystems for the values they intrinsically possess. We must view the open spaces as wonderfully rich vistas providing visions of expansive sunsets; a landscape where we can exhale and let problems drift away. We must sell prospective businesses and residents on the beauty of our theater, and not conversely treat it as a curse.

In the Information Age, with so much fast moving data, branding, especially proactive branding and marketing, is an increasingly essential commodity. If you don’t define yourself – proactively – others will. Will our actions convey our theater as an inhospitable, expendable wasteland or will we uphold our terrains as a destination wonderland?

In our noble race to achieve energy independence and a sustainable climate we cannot afford haphazard short-term decisions. Why would we want to undercut our heritage landscape economy? Why not celebrate, promote, market and enhance our natural and cultural treasures as an asset of our wonderful renewable tourism economy.

A native of northern California, Mark Faull moved to the eastern Kern County region in 1984. For 20 years Mark worked at Red Rock Canyon State Park before retiring from California State Parks in 2004. His passion for and understanding of park values continues, as well as his study of the fascinating local human history and its connection to the desert environment.