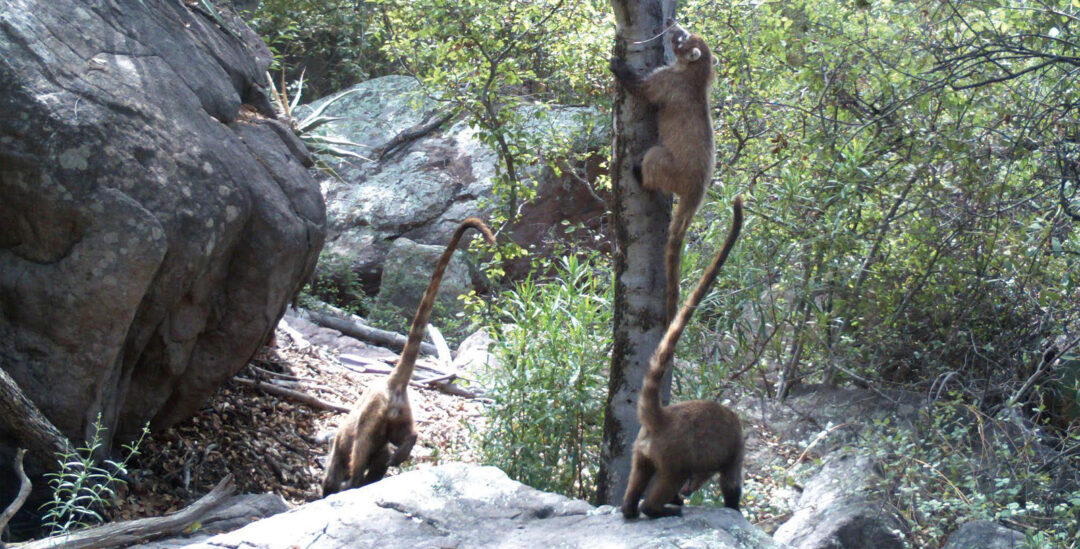 The Clock is Ticking at the Salton Sea

Fourteen years ago, the California State Water Resources Control Board (Water Board) and California Legislature decided to approve the largest agriculture-to-urban transfer of water in the country. At its peak, the water transfer would move more than 367,000 acre-feet of Colorado River water from farmland in the Imperial Valley to urban Southern California each year. That’s enough water to supply the household needs for more than 2.2 million people for an entire year. At the time, Defenders of Wildlife and our partners – including the Pacific Institute, Sierra Club, and Audubon California – argued that any transfer had to address the environmental consequences of diverting so much water. While the transfer was necessary to create a more reliable water supply for the residents of San Diego and Palm Springs without taking that water from the fragile Bay Delta, we knew it would have an enormous impact on the Salton Sea that could not be ignored.

Photo above: The geothermal field at the south end of the Salton Sea. Photo by Jim Pompy

The Salton Sea is fed primarily by the runoff from nearby agricultural fields. The transfer reduces the water to the fields by more than 300,000 acre-feet of water each year. The Water Board was warned that as the water level in the Sea lowered, it would expose more than 70,000 acres of dusty and dry sea bed by 2047 and would accelerate the path of the Salton Sea habitat toward biological collapse.

Sacrificing the Salton Sea is not an option. It provides habitat for more than 400 species of birds – approximately two-thirds of all bird species in the continental U.S. As a critical stopover on the Pacific Flyway, it is one of the most important locales for migratory birds in the Western United States. When the water transfer is operating at full capacity, these species will pay the price. The Sea’s remaining fish population will crash, eliminating food for birds – both those that live there, and those passing through. In addition, the shallow waters around the southern and northern ends of the Sea which are important feeding and resting areas for migrating shorebirds will disappear. With these important habitats destroyed, migratory birds will have few options to rest and feed during their migration up and down the Pacific flyway.

Less water flowing to the Sea will also create severe health issues for residents in this region. It will leave more than 100 square miles of lakebed exposed to the wind, creating horrific dust storms to plague a region that already has the highest rates of childhood asthma in California. A report by the Pacific Institute found that the combined impacts to wildlife habitat and public health could cost the state as much as $70 billion over the next 30 years.

The state recognized that these were problems that needed to be addressed, so it came up with a deal to buy everyone some time. The Water Board required Imperial Irrigation District (IID) to send additional water to the Sea for 15 years to keep it from receding. In the meantime, the State of California promised to take the lead in coming up with a plan for a more sustainable Sea. More importantly, the state agreed to ensure that the impacts of the water transfer would be mitigated in the event that the mitigation funds provided by the regional water agencies were insufficient to fully address the impacts of the water transfer. With those commitments in place, the Quantification Settlement Agreement (QSA) went forward, and the clock started counting down to 2017 when the mitigation water from the transfer will cease to be delivered to the Sea.

For more than a decade, little progress was made at the Salton Sea. The Natural Resources Agency released an $8.9 billion plan in 2007 that proposed massive infrastructure and expensive details that were unrealistic and proved to be a barrier to any activity occurring at the Sea. Indeed, such a large and expensive plan fell flat at the Legislature and served as a roadblock for moving forward expeditiously to address the inevitable impacts of the water transfer on the Sea.

While a larger solution for the Sea stalled out, smaller efforts did move forward slowly. The Department of Water Resources and Department of Fish and Wildlife developed the Species Conservation Habitat (SCH) program, in which the state proposed to build up to 3,700 acres of aquatic habitat cells near the New River. The project has received its permits and has funding to develop 640 of the 3,770 acres. In addition, the state awarded $3 million in Financial Assistance Project grants to three projects – the Torres Martinez Tribe wetlands/geotube project, the Salton Sea Water Habitat Project, and the Red Hill Bay project. Of all of the projects, the Red Hill Bay project, led by IID, is the closest to breaking ground. This project, like the SCH project, is intended to test out how to construct habitat at the Sea.

With less than three years left before the mitigation water ceases to be delivered to the Sea, IID launched an offensive to get the state of California to pay more attention to the looming disaster at the Sea. On November 18, 2014, IID filed a petition to the Water Board requesting that it initiate a collaborative dialogue among the various stakeholders with the objective of building consensus around a restoration and funding plan that can be implemented immediately. More importantly, IID asked the Water Board to modify its original order requiring the state to fulfill its obligations to the Sea. The Brown Administration took notice of IID’s petition and the looming deadline and launched a Salton Sea Task Force in 2015, comprised of lead staffers from the Natural Resources Agency, Department of Fish and Wildlife, Department of Water Resources, Energy Commission, CalEPA, California Air Resources Board, and the Water Board. The Task Force released a set of recommendations related to projects, deadlines, and governance. In addition, the Task Force recommendations resulted in the hiring of Bruce Wilcox as the Assistant Secretary for Salton Sea policy within the Natural Resources Agency in September 2015. No stranger to the Salton Sea, Assistant Secretary Wilcox worked for several years for IID as the lead on the Salton Sea. He has worked extensively with the Salton Sea Authority, and is respected by stakeholders as a knowledgeable advocate for the Sea. Wilcox has been tasked with the daunting responsibility of bringing together the various stakeholders to arrive at a solution for the Sea before it is too late. Those stakeholders include Riverside and Imperial County elected officials and staff; the various water districts (IID, Coachella Valley Water District, San Diego County Water Authority, and Metropolitan Water District); local and regional air districts and the state Air Board; the Salton Sea Authority; assorted local, statewide, and national NGOs; and state and federal agencies.

Today the Salton Sea is less than two years away from disaster, though there is at least activity and some effort to address the looming deadline. However, as was the issue when the State launched its first ill-fated restoration planning process, there are diverse views among stakeholders on what a “restoration and management” plan should look like. While the current leadership of the Salton Sea Authority, and its supporters, have recognized that any plan for the Sea will not return it to its past hey-day, there are still those that continue to hope for a full sea solution that would ‘freshen’ up the Sea’s salty waters by delivering water from the Gulf of California or by generating water from desalinization plants in order to return it to a more marine environment for fish and stabilize the shoreline so that housing developments and golf courses could be built along the shores of the sea.

However, both the “Sea-to-Sea” idea and the desalinization idea suffer fatal flaws. More than a decade ago, the U.S. Bureau of Reclamation examined and rejected options for pipelines or canals to pump water about 100 miles between the Gulf of California and the Salton Sea in part because the costs were estimated to run between $15 billion and $38 billion. The Natural Resources Agency and the Salton Sea Authority have also rejected the “Sea-to-Sea” concepts. The use of desalinization plants also suffers from cost and technical problems. It has been estimated that it could cost at least $17 billion to build enough desalinization plants at the Sea.

While a fully formed solution for the Sea has not yet sprung forth , there is movement at the Sea that hopefully will coalesce into a larger, widely supported project. Parties are beginning to recognize that even without importing or generating more water to make up for reductions in inflows to the Sea, there will still be hundreds of thousands of acre-feet of inflow for the foreseeable future, and that a large amount of water can produce a comprehensive plan that will give everyone at least most of what they are seeking: fish and wildlife habitat, air quality projects, and the ability to keep a smaller open water surface for recreation and habitat.

IID and Imperial County have been working with partners on a “Salton Sea Restoration and Renewable Energy Initiative.” This initiative knits together the existing proposed projects, such as Red Hill Bay and SCH, with a vision of incremental building projects that address air quality and habitat concerns as the Sea recedes as well as more fully developing the Sea’s geothermal energy resource. Not surprisingly, IID’s project is focused on the near term threat at the southern end of the Sea created by shrinking inflows and a shallow southern seabed. Stakeholders in Riverside County, including elected officials, have proposed their own plan, the Salton Sea Water Incremental Funding in Time (SSWIFT) proposal. The SSWIFT plan proposes to build levees around the Sea to separate the high salinity center of the lake from a lower salinity outer lake. This outer lake would receive 140 thousand acre-feet per year of freshwater from the New River and Whitewater River to support bird and fish populations and the inner brine sink would keep the lakebed wet to prevent fugitive dust. Again, not surprisingly, the SSWIFT plan is focused on stabilizing the shoreline around the Sea with a deeper lake to attract more development and economic opportunity. The state is currently examining both proposals to determine if they are both technically and financially feasible and if they can be “married” together into a plan that will satisfy all interests.

While the fate of the Sea remains uncertain, there should be optimism with the State’s renewed interest and efforts by stakeholders to work together. With this optimism should come caution as there is no extra time to argue over plans for the Sea, and any solution should avoid the fate of the past restoration plan – death by price tag. If parties can keep these cautions in mind, we may avoid environmental disaster at the Sea and create a plan that benefits both fish and wildlife and the people who call the Salton Sea home.

Kim Delfino is the California Program Director for Defenders of Wildlife. She has developed expertise in California wildlife and land use planning laws, energy policy, and water issues. Kim has worked on protecting the Salton Sea and its diverse array of wildlife since 2001.