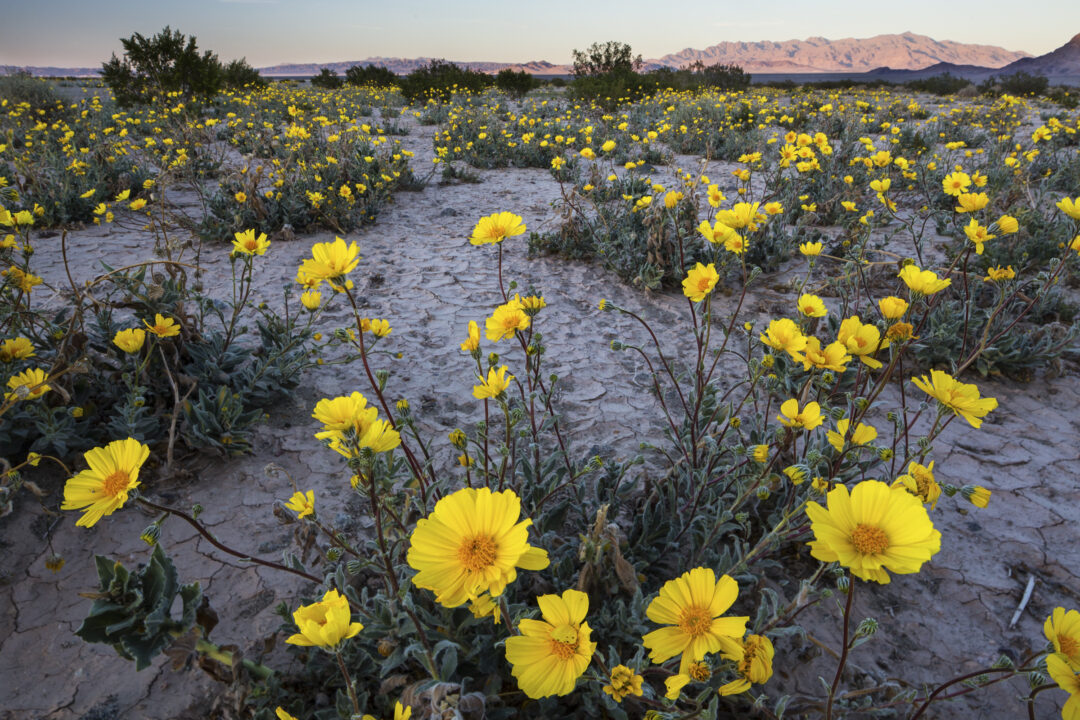 SILURIAN VALLEY IN THE CROSSHAIRS

Silurian Valley, a majestic desert basin flanked by the 6,000-foot-plus Avawatz, Soda, and Kingston ranges, is undeveloped. The nearest community is 17 miles south, the town of Baker. Head north from Baker on California Highway 127 and the Mojave Desert unfolds before you.

Today, however, Silurian Valley is the target for two massive proposed renewable energy plants: the Silurian Valley Wind Farm and the Aurora Solar Plant. Together these large ventures would destroy the environmental integrity of Silurian Valley and despoil its magnificent desert vistas, while generating electricity for homes in cities a hundred miles away. The projects would also impinge on historical cultural resources, including the Old Spanish National Historic Trail, the Mormon Road wagon trail, and the historic route of the Tonopah and Tidewater railroad. The two plants are both projects of Iberdrola Renewables, a business unit of Iberdrola USA.

Licensing Aurora Solar would require the BLM to approve the first variance, for a power plant application, to the carefully developed Solar Programmatic Environmental Impact Statement (PEIS), published in late 2012. The variance—special exemption—would be required since the Silurian Valley is not part of the Solar Energy Zones (SEZs) defined in the PEIS. Areas outside the SEZs are either excluded from solar development, or projects must pass through more rigorous examination to prove they are appropriate locations for solar energy development.

On March 27, 2014, the BLM held a public meeting in Barstow to solicit comments from public agencies and the general public about their concerns and interests on the proposed Silurian Valley solar project. Representatives of Iberdrola Renewables made a presentation on the project and answered questions about it.

The meeting drew 60 attendees representing the general public, local business and land owners, public agencies. Conservation organizations included the Sierra Club, the Wilderness Society, Nature Conservancy, National Parks Conservation Association (NPCA), the Old Spanish Trail Association (OSTA), and more. It became apparent during the afternoon session that many participants opposed the Aurora project and were unhappy with the format of the public meeting. There was strong vocal protest on two points: 1) the BLM was not recording the 3-minute comments made by speakers, some of whom had traveled from other cities to speak, and 2) questions to Iberdrola took place in “break-out” sessions, making it impossible for participants to hear all the questions and answers.

Thirty-six speakers made public comments regarding the Aurora plant, of which only one was in support. Many objected to the BLM’s considering a variance to allow building a plant outside designated SEZs, especially in an unspoiled valley linking three NPS properties. Many made the point that Silurian Valley represents a key “jumping off” point into the desert for those leaving Interstate 15 at Baker. Others pointed out the existence of ecologically sensitive zones adjacent to the Silurian Valley and other properties that enjoy special protections. These include the Amargosa River, which is designated a Wild and Scenic River and the Old Spanish National Historic Trail, whose corridor would be impacted both visually and physically by the two proposed power plants.

Archival evidence, including John C. Fremont’s 1845 account, is clear that the Old Spanish Trail passed through Silurian Valley. After 1849 the Trail route became part of the Mormon Road, a wagon trail that brought miners, Mormons and other emigrants to southern California. As a National Historic Trail, the OST corridor is administered by the BLM as part of its National Conservation Lands, the branch devoted to protecting scenic landscapes.

In 2013, BLM intern Amy Oeschner reported in a research paper, read at the annual conference of the American Institute of Archaeology, that she used aerial photos and software enhancement to locate portions of the trail in Silurian Valley. She then conducted ground-truthing surface surveys of trail segments to record and document condition of the trail. Artifacts she found include a clay pipe bowl, datable to James Buchanan’s presidential campaign of 1856, in the Mormon Road period. She also found a mule shoe consistent with those used by Mexican mule caravans.

Leaders of desert conservation organizations and business and property owners in Tecopa and Shoshone are coordinating an effort to build a broad coalition opposing licensing of the two Silurian Valley plants. Says NPCA’s David Lamfrom, “The Silurian Valley represents a beating heart of the Mojave Desert in California. We mustn’t allow a dagger to be put through it.” Susan Sorrells, who owns businesses in Shoshone points out that ecological and cultural tourism are what bring people to Shoshone. “They treasure the open desert which we have so far preserved in this area,” she says.

The coalition will work for establishment of a broad conservation corridor extending from Shoshone and the Nevada state line in the north to I-15 and the Mojave Preserve in the south, thus ensuring the perpetuation of the vital Silurian Valley corridor linking three NPS units and protecting the treasured vistas of the Silurian Valley.