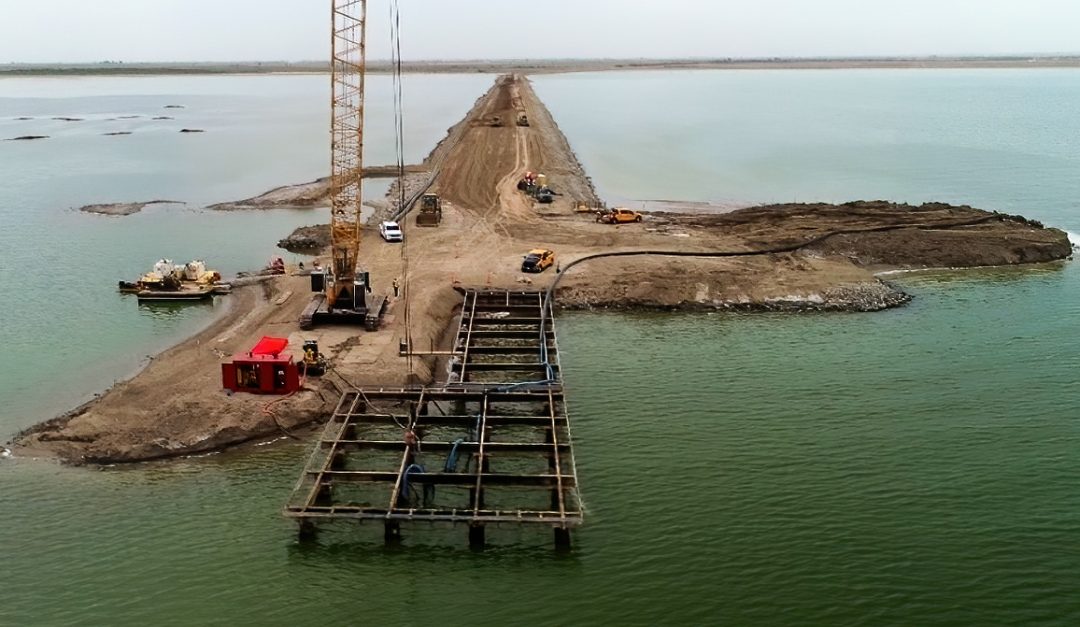 Like the proverbial blind men and the elephant, the Salton Sea means many things to many people: a critical stopover on the Pacific Flyway threatened with collapse; environmental justice communities faced with escalating health hazards; a potential multimillion dollar international canal; and even promise of fortunes to be made.

Just as a refresher: the two main problems at the Salton Sea are 1) it’s getting too salty to support life, and 2) it can emit hazardous airborne substances, in the form of fine dust from its increasingly exposed shoreline and/or unusual bacteria emitted by the water itself.

Just to recap: in 2003 the state of California assumed responsibility to mitigate adverse impacts of the largest ever rural-to-urban water transfer from Imperial Irrigation District (IID) to San Diego, which drove the Salton Sea into a steep decline. But not until 2018, spurred to do so by legal petitions from IID, Sierra Club and others, did the state finally promulgate a “Ten Year Plan.” This Plan is a suite of projects to be built around the edge of the Sea to capture inflows for habitat cells and to mitigate dust.

One of the largest projects, the $200 million awkwardly-named Species Conservation Habitat (SCH), will spread New River water over roughly 4000 acres at the south end of the Sea to create both shallow wading habitat for shorebirds and deeper ponds for fish eating species. SCH finally got underway last year, was 60% complete as of August, and is projected to be complete at the end of ‘23.

Another big habitat project, the North Lake, is still in the pilot stage, with a small 156 acre pilot slated for breaking ground this coming Spring. It will link to the iconic North Shore Yacht Club and provide a deeper water fishery for birds, as well as a recreational amenity for the nearby communities that have been consistently vocal about the need for Salton Sea projects to invest in community infrastructure. The pilot aims to prove up how best to construct levees for impounding inflows on the Sea’s silty substrate and to inform building the much larger North Lake.

Other smaller projects are underway as well, including “dust suppression” by either revegetating the exposed shoreline or making giant furrows in the playa to slow down wind driven particles.

Construction of the Saline Pump Station at the end of the Causeway is ongoing. Water from the saline lake will be mixed with water of the New River to create brackish habitat along the edges of the lake.  Photo:  Salton Sea Management Program Prospects for importing water to refill the Salton Sea?

Given the world enough and time, one would import enough water to refill the Salton Sea and return it to its former glory days when it was more visited than Yosemite. But significant hurdles stand in the way of doing so, not the least of which are crafting a fair and enduring international agreement and avoiding impacts to the International Biosphere Reserve at the Gulf of California. There’s also considerable time and cost to design, complete environmental review, permit and construct a massive conveyance infrastructure plus a very large desalination plant, and last but not least, the need to dispose of millions of tons of salt a year. Not impossible, but daunting and very time consuming in the face of an urgent need to act.

This past year, to the tune of a couple million dollars, the state paid an “Independent Review Panel'' to assess various proposals to import water into the Salton Sea. After a year of study and some public zoom meetings, the Panel pronounced that none of the import proposals were very feasible, yet the Panel itself proposed a plan to incentivize farmers to fallow their land and supposedly desalinate the Salton Sea over several decades.

To say the Panel’s recommendations were not well received would be an understatement. Credible sources maintain that the Panel made erroneous assumptions to inflate the costs of importing Gulf water on the one hand, and to seriously underestimate the cost of inducing farmers to give up farm water on the other. Result: the process intended to bring clarity to water importation may have only muddied the waters, pun intended.

A long range (2028 - 2078) plan for the Salton Sea is due out by the end of the year. The state reconvened a panel of stakeholders (Long Range Plan Committee, LRPC for short), and staff and consultants have proposed and scored a suite of alternatives. None of these alternatives involve importing any water, and many simply resurrect projects proposed, reviewed, and then dropped around 2006-7.

The LRPC is asked to react to these alternatives and their scoring. But unfortunately, some of the alternatives seemingly favored by the state consultants take too long to address the immediate threats, and would provide little if any benefit to local communities. Plus, many core questions remain unanswered. What is the water budget for the Ten Year projects? What is the water demand for each alternative? In view of extreme drought on the Colorado River – lifeblood of the Salton Sea – how can the state justify predicting robust future inflows to the Sea? What will be the maintenance cost for the Ten Year projects? For the long range projects? And so on.

Taking the pulse of local communities

Meaningful engagement of local communities most impacted by the decline of the Salton Sea has long been a source of frustration. Residents continue to request deeper and more consistent opportunities to weigh in and ensure Salton Sea projects bring tangible benefits to communities long underserved. While there is still much progress to be made, over the past year there has been a robust offering of community meetings, and the state is also working to develop a strategy with community stakeholders to explore opportunities for integrating community amenities into Salton Sea projects.

Show me the money…

Bond funding to complete the state’s Ten Year projects appears obtainable. The feds have obligations here too, and may pony up to help fund a long range plan. One big unanswered question is the cost to operate and maintain remedial projects. Most involve pumping, and all involve structures which will need to be maintained and adapted as the state learns from experience how to deal with the vagaries of this huge super-saline body of water. Further, as drought compels more farm water conservation, the agricultural runoff supporting the Salton Sea will diminish and become more laden with minerals, so some serious desalination may be required, or importing ocean water. All this will cost millions a year, but the state has yet to estimate these costs, much less fund them.

Water in a drying era

Barring a solution to the hurdles to importing water from the Gulf, the fate of the Salton Sea is inextricably tied to the Colorado River which created the Sea in the first place, and from whence 90% of its inflows still come. Unless you’ve been living in a cave, you’re well aware of ongoing drought plaguing the Colorado River basin, with little likelihood of it abating in the face of climate change.

One thing’s for sure: all eyes are on Imperial Irrigation District to relinquish more of its large allocation of Colorado River water, this time to the thirsty populations of AZ and  NV. That translates to less inflows, a steeper decline, and a need to fully mitigate inevitable impacts to the Salton Sea, something other western states have yet to embrace.

Finally, the promise of fortunes to be made: Salton Sea is a hotbed of geothermal activity, with eleven geothermal power plants pumping hot brine up from underground. That brine is laced with lithium, estimated to be one of the largest sources in the world. Lithium, for rechargeable gadgets, electric vehicles, and keeping the lights on when the sun goes down, is in huge demand but is in short supply. Its cost has skyrocketed 600% percent in the last year.

So the race is on to extract lithium from geothermal brine after it has run the power plant turbines and before it is re-injected back into the ground. Both state and feds are eager to see this rich source of domestic lithium developed. If commercially feasible and with strong environmental safeguards, this could be a boon not only to electrifying the economy, but to the local disadvantaged communities with high rates of unemployment.

Still, questions remain. Will lithium extraction from geothermal plants be commercially competitive with strip mining or dry lake extraction methods? Will disadvantaged communities potentially affected by lithium development benefit from it? Can the fees on lithium help support Salton Sea remediation? What about water use and potentially hazardous wastes?

The report of the state’s Lithium Valley Commission will be finalized in the not-too-distant future. But actual lithium recovery pilot projects may be hitting technical roadblocks, so no one’s making any fortunes yet. Meanwhile, the state’s “Vision Document” of long range alternatives for the Salton Sea will feed into a US Army Corps feasibility study kicking off this December, which may lead to as much as 2:1 in federal matching funds for remediation. Concurrently, the construction of the North Lake pilot project will get underway. All the while, the state will hopefully be upping its game to more deeply engage local communities that have been in a holding pattern for far too long.

In sum, 2023 will be a pivotal year to build on community outreach efforts, ensure lithium development receives full environmental review, respond to the scoping for the Corps feasibility study, and generally advocate that any cutbacks to address shortages on the Colorado fully address and mitigate impacts to the Salton Sea.