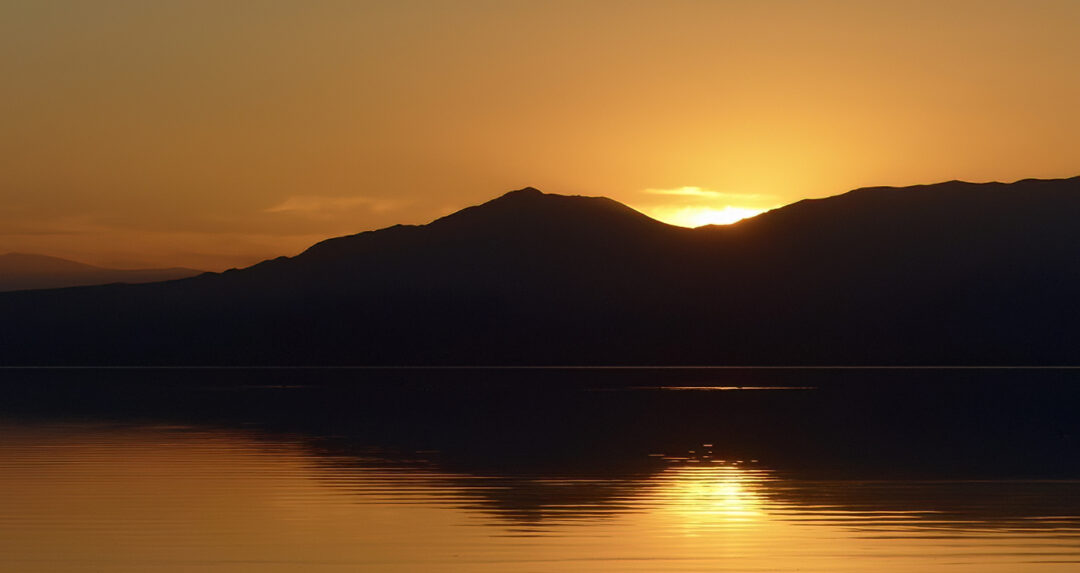 It’s Still There, with Many Challenges

Our neighbor to the east, the Salton Sea, is still stunningly gorgeous but continues, on a daily basis, to become a greater health hazard and wildlife habitat loss . This giant inland body of water provides an essential migratory stopover for hundreds of bird species migrating from South America to Alaska. “It also the home and breeding grounds for hundreds of other bird species.” Right now, increasing dust from the ever-expanding playa is a critical health issue for all of those living near the Salton Sea. If left unabated, this lung-clogging dust will spread to the entire Coachella Valley, and even beyond to the greater Southern California region.

Starting in 2017, the Salton Sea Ten Year Management Plan required the state to complete minimum acreages of dust suppression (i.e.,treating soil to slow dust movement) and habitat preservation (i.e.,capturing water inflows for habitat) each year. It’s important to note that both soil treatment and habitat preservation will effectively quell dust, and the latter will do so permanently.

The goal was to have 3900 acres of the Ten Year Plan projects completed by the end of 2020, but currently the total acreage completed is only 112 acres. In the meantime there has been an increase of 12,700 acres of exposed playa. The state now claims it will furrow a few thousand acres of shoreline this year for dust abatement, but it remains to be seen if that comes to reality. This still leaves the state woefully behind in habitat preservation. It becomes obvious that with this kind of progress over the remaining seven years of the Ten Year Plan, at this rate it will be a total disaster!

The largest ever rural-to-urban water transfer (from Imperial to San Diego County) has lowered the level of the Salton Sea and has spiked its salinity. This kills fish, and robs birds of the nourishment that they require to survive. And finally, the specter of future water transfers to other thirsty urban areas in the Southwest is a very real threat in this time of climate change and drought along the Colorado River Basin.

Currently there are bond funds allocated to a “shovel-ready” project to shallow-flood the exposed playa at the south end of the Sea, which should begin addressing the habitat issue in that area. The state’s current budget allocates another $27 million for the cleanup of the New River, $19 million for the North Lake pilot project, and $10 million for necessary staffing to move the state’s major Ten Year remediation campaign forward. In addition, two minor projects to restore boat access on the east and west banks of the Salton Sea (see Mar 2020 DR article on the West Shore canal project) have been funded by various entities, but to date no groundbreaking has occurred. Additionally, after three years, the one-square-mile USFWS Red Hill Bay wetlands project is close to completion, but not yet to the finish line.

The ultimate solution to the Salton Sea’s woes probably lies in bringing in water from the Pacific Ocean or the Sea of Cortez, though that will require more time and money than is currently available. In the meantime, we need to get behind the projects that are feasible and fundable now.  These projects will help to cover the receding shoreline, quell the dust, and preserve migration on the Pacific Flyway.

The Sierra Club is working with several community organizations from the Coachella Valley and beyond to ensure that the current projects reflect community input and are expedited in a timely manner. A parallel action plan is to be working on the long term solution, such as feasible importation of ocean water to prepare for the inevitable water wars of the future.

On August 19, 2020, the public will be able to provide input at the State Water Resources Control Board public hearing on the Salton Sea Management Plan annual update from the state Natural Resources Agency. Hopefully, there will also be the opportunity to comment and/or participate remotely in public hearings in the near future concerning the various state and local remediation projects implementing the Ten Year Plan. The latest info is that those hearings will occur sometime at the end of August or the first of September of this year.

As of August 1, 2020, the state has not advised us of a firm timeline for the public hearings on the National Environmental Protection Act process NEPA, which will give a federal go-ahead to the various Ten Year Plan projects on the Salton Sea.

Would you like to be notified of opportunities to [remotely] lobby elected officials to ensure that remediation of the Salton Sea stays on track? If so, please send an email to tahquitz@sangorgonio.sierraclub.org or check out the Sierra Club Tahquitz Group Facebook page to get on our Salton Sea activist list.  FYI, we hope to lead educational outings at the Salton Sea as well when it is safe to do so. Thank you!

Gary Gray is an avid photographer, birder, and outdoorsman who visits the Salton Sea regularly.  A member of the Sierra Club since 1982, Gary is the Club’s lead activist for the Salton Sea and Environmental Justice Chair of the Tahquitz Group.