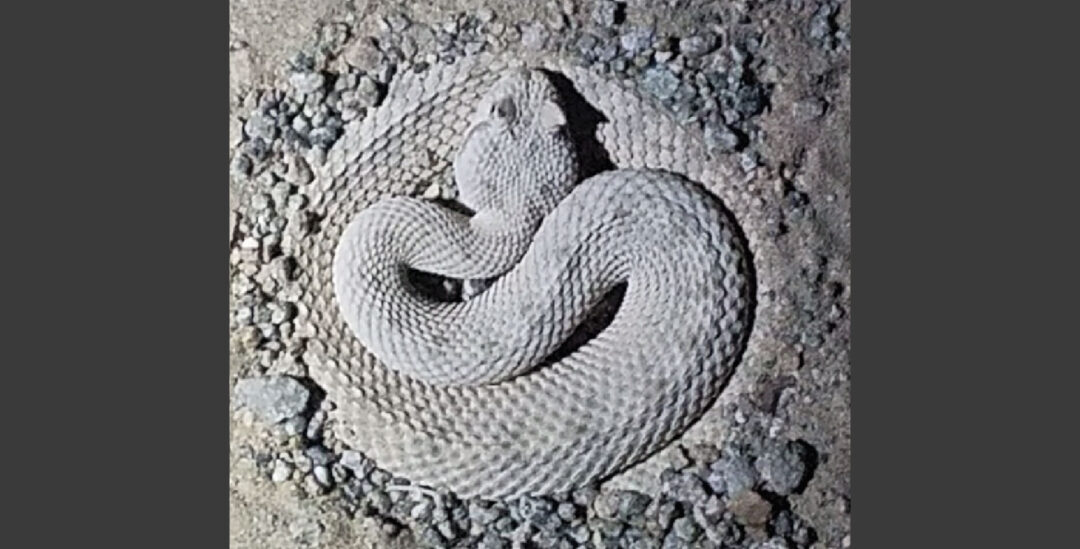 The links in this article take you to astonishing videos that illustrate the assertions of the article. They are a must-see − Editor.

By Malachi D. Whitford, Grace A. Freymiller, Rulon W. Clark   |   In any predator-prey interaction, the predator is attempting to subdue the prey and the prey is attempting to evade capture. Because both parties will have been shaped by natural selection to overcome the other, predator-prey interactions frequently involve extreme physical feats, including very rapid attack and evasion behaviors. As a result, it is difficult to study predator-prey interactions in the field under natural circumstances. However, we have pioneered techniques to record encounters between two common denizens of the southwest deserts: rattlesnakes and kangaroo rats. We think the strike-and-evade interaction between these animals can be a model system for using high-speed videography of free-ranging animals to understand what factors shape the outcome of predator attacks.

Rattlesnakes are ambush predators. They hunt by‘sitting’ on the ground in a position known as an ambush coil (Figure 1, above), and wait patiently for potential prey, such as a kangaroo rat, to unknowingly approach. If prey come close enough, the snake launches its head forward in a very fast predatory strike. To the human eye, this strike is just a blur of motion. Whether the strike hits or misses depends on the ability of the prey to quickly detect the oncoming head of the snake and perform an evasive dodge. A human eyeblink lasts about a third of a second (or 333 milliseconds). Striking rattlesnakes will typically move from a coil to prey contact in under a tenth of a second, so kangaroo rats have an amazingly short window in which they can escape. You might think such a quick dodge wouldn’t be possible, but kangaroo rats pull it off.

How do they do it?  Their unique morphology gives a few clues (Figure 2). First, kangaroo rats have specialized hearing (check out those huge auditory bullae!) that increase their ability to detect quiet low frequency sounds. Both the strike of a rattlesnake and the swoop of an owl are only ALMOST silent—both predators produce subtle, low frequency bursts of sound when attacking. Kangaroo rats also have unique, enlarged hindlimb muscles that allow them to perform amazing, high-powered acrobatic leaps within milliseconds of perceiving a predator’s attack. This combination of super hearing and leaping allow them to avoid a rattlesnake strike in about a quarter of the time it takes you to blink an eye (https://youtu.be/jCxvIk8wS_8)!

Kangaroo rats are so good at avoiding snakes they can appear to be cocky about it. They perform a variety of harassing displays towards snakes, including kicking sand (https://youtu.be/cLfy-M9NWbI), drumming on the ground with their hind feet (https://youtu.be/th-TqONTy5s), and repeatedly approaching then jumping away (https://youtu.be/Yc-qc6wfRKs). These behaviors inform the snake that it has been detected and display the escape ability of the kangaroo rats, which then dissuades snakes from continuing to hunt in that area.

In our first studies of rattlesnakes and kangaroo rats, we used video cameras filming at 30 frames per second (fps) to record ambush hunting sidewinder rattlesnakes (Crotalus cerastes) throughout the night, recording any interactions that took place with desert kangaroo rats (Dipodomys deserti).From the recordings, two aspects of the kangaroo rats’ antipredator responses were found to drastically increase their ability to avoid rattlesnakes. First, when a kangaroo rat performed any antipredator behavior that showed it knew where the snake was hiding (such as foot drumming or kicking sand at the snake), the rattlesnake never attempted to strike the kangaroo rat, even when it came close. Thus, it looks like rattlesnakes need the element of surprise. Second, of the 23 strikes we recorded, only one strike looked like it actually hit a kangaroo rat and this kangaroo rat still survived. The strikes were unsuccessful due almost entirely to the kangaroo rats being able to rapidly leap out of the path of the strike (https://youtu.be/YeesFjACFJo).

Next, we decided to measure more precisely the speed that kangaroo rats could detect and jump away from a strike. To do this experimentally, we created a fake “snake” attack using a harmless spring-propelled cork launched out of tube at about the same speed as a rattlesnake strike (~2.8 m/s; Figure 3), just like the old “snake in a can” gag! We recorded kangaroo rats jumping away from our device using a faster camera that recorded 120 fps. In our previous experiment it looked to us like kangaroo rats who were “teasing” snakes with their antipredator behaviors were more “primed” and ready to avoid a strike, so we wanted to compare jumps of “primed” kangaroo rats and to jumps from rats that were blissfully unaware anything was amiss. To create a primed rat, we placed a rattlesnake near the device and allowed a kangaroo rat to see and interact with it. Once a kangaroo rat interacted with the snake, we removed the snake and fired the device at the kangaroo rat when it returned. The differences between primed and unaware rats was stark. Primed kangaroo rats had quicker reaction times, faster take-off velocities, and jumped more vertically relative to the ground, indicating that they could more effectively avoid the strike than control kangaroo rats (https://youtu.be/2IfLsqyl63I). Furthermore, for primed kangaroo rats, the reaction times were among the fastest recorded for any small mammal, with approximately one-third of individuals reacting within about 20 milliseconds! The increased performance of snake-exposed kangaroo rats is likely the reason why rattlesnakes never attempted to strike kangaroo rats that were aware of them. That said, even kangaroo rats that were not exposed to snakes exhibited outstanding physical abilities, as they reacted in less than 40 milliseconds and displaced their body from the “strike” trajectory in less than 80 milliseconds, indicating that both control and primed kangaroo rats are elusive prey for snakes.

Although these studies were highly informative they didn’t tell us why some kangaroo rats dodge the strike and others end up in snake stomachs. We have some guesses (Figure 4, below), but we needed to be able to look more closely at the details of the strike and jump movements. Our current work is designed to provide insight into which, if any, of these hypotheses are supported by field data from actual encounters. With this goal in mind, we are deploying high-speed video cameras filming at a much higher frame rate (500 fps) to record natural interactions between rattlesnakes and kangaroo rats. By filming interactions simultaneously with two cameras, we can calculate the three-dimensional movements of both species and extract the velocity, acceleration, and reaction times of both parties. Although simple in principle, this is logistically difficult to execute under field conditions. We must track snakes in the desert at night, and then carry about 300 pounds of camera gear to wherever we find them hunting, which is often many kilometers from the nearest road. And then, after making this haul, more often than not no encounters occur, and we end up walking the camera gear to another snake. So, we’re still gathering the requisite data to test our ideas, but you can at least see some examples from our high speed cameras at our YouTube channel (https://youtu.be/jCxvIk8wS_8). Malachi D. Whitford and Grace A. Freymiller are currently doctoral students in ecology and evolutionary biology at San Diego State University and are advised by Rulon W. Clark. Our research focuses on the interface of behavioral ecology and biomechanics of predator-prey interactions and we employ primarily field-based techniques to better understand how animals interact in nature.

All photos by Grace Freymiller