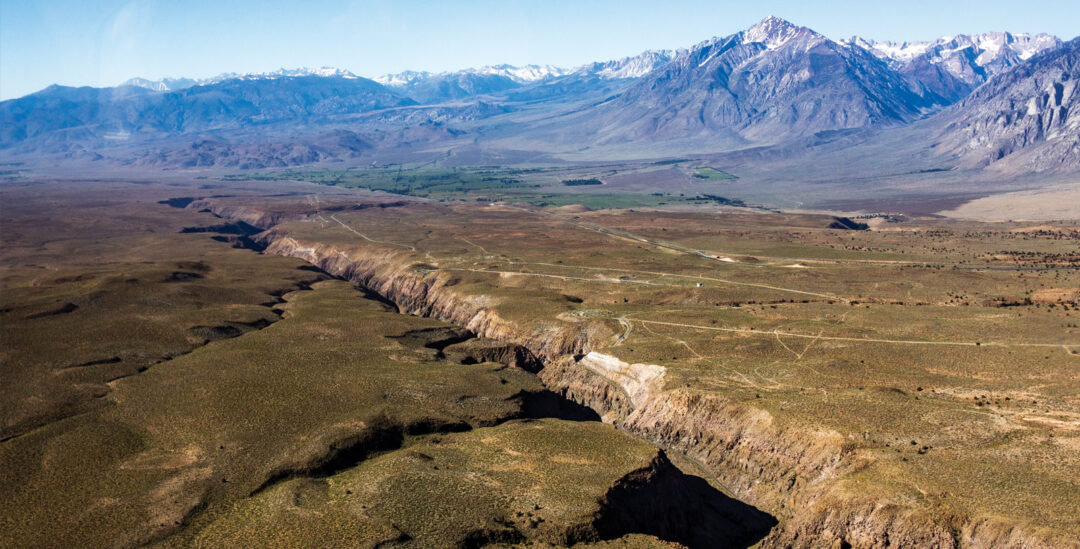 By Jora Fogg   |   The rush to implement new technologies to meet California’s renewable energy mandate has spurred several new proposals for pumped storage in the Eastern Sierra. This technique involves pumping water up hill between two or more reservoirs during times of low energy demand and then releasing it downhill to power turbines to generate electricity at times of peak energy use.

Photo above: Owens River Gorge, one of the proposed sites for the lower reservoir of Owens Valley Project. Photo by Ecofight, 2019

A company called Premium Energy (PE), based in the Bay Area and founded by previous employees of the Los Angeles Department of Water and Power (LADWP), has recently submitted proposals for two different pumped storage projects. One, The Owens Valley Project, would be located near the border of Mono and Inyo Counties, and the other, called the Haiwee Pumped Storage Proposal, would be south of Olancha in southern Inyo County. The Federal Energy Regulatory Commission (FERC) regulates hydropower projects including pumped storage and must approve applications before they can move forward for feasibility studies and analysis. These projects, if approved, are not insignificant – one upper reservoir dam would be 655 feet in height, representing the 5th tallest dam in the country.

First put forward in April of 2018, the Owens Valley Project proposed creating high elevation reservoirs within the John Muir Wilderness and reservoirs at lower elevations with associated power plants and infrastructure in the Owens River Gorge and in Lower Rock Creek (which is eligible for Wild and Scenic River designation). Local residents of the communities adjacent to the proposed locations organized a coalition to fight the proposal, siting safety concerns as well as violations of the Wilderness Act. Other problems included a migration corridor for mule deer and habitat
of the endangered Sierra Nevada Bighorn Sheep.

Based on public opposition, Premium Energy made significant amendments to both the nature and location of this project. Recognizing its blunder with proposing massive infrastructure in designated Wilderness, the first amendment relocated the reservoirs to Wyman Canyon, within the Inyo National Forest’s recommended addition to the White Mountain Wilderness. If located in recommended wilderness was not enough, the reservoirs also overlapped with the Ancient Bristlecone Pine Forest (ABPF). This forest area was established as a special management area by the Forest Service in 1959 to protect the ancient bristlecone pines and the outstanding visual experience provided by the surrounding landscape. It was subsequently expanded and given legislative protection by Congress in 2009. The legislation directs the Forest Service to protect bristlecone pines for public enjoyment and scientific study; to recognize the botanical, scenic, and historical values of the area; and to maintain near-natural conditions by ensuring that all activities are subordinate to the needs of protecting and preserving bristlecone pines. All forms of entry, appropriation, or disposal under the public land laws are prohibited.

Likely based on the conflict with the Congressionally designated ABPF, another amendment followed, relocating reservoirs to Silver and Gunter Canyons on the west slope of the White Mountains. Because of the distance between upper and lower reservoirs, upwards of 60 miles of underground pressure tunnels would have to connect the water storage reservoirs. These tunnels would run through the Fish Slough and Volcanic Tablelands Wilderness Study Areas, a construction prohibited by management direction for the WSA.

These proposed project tunnels are also located beneath the Bureau of Land Management’s (BLM’s) Fish Slough Area of Critical Environmental Concern (ACEC). This 36,000 ACEC represents one of the richest wetland floras in the Great Basin (with 126 described taxa) and habitat for rare endemic plants such as the Fish Slough milkvetch and Mariposa lily.

Under FERC regulations, companies must file individual applications for each “closed-loop” pair of upper and lower reservoirs, and because there were multiple separate reservoirs proposed, FERC rejected Premium Energy’s application. The company responded several weeks later with yet another iteration, this time using Crowley Lake and the Crowley dam. Crowley Dam already supplies a modest amount of renewable energy to the DWP grid, and it is widely believed a pumped storage facility would decrease the efficiency of this power generation. FERC, undoubtedly rolling its eyes at the mess of applications it was receiving, issued a second rejection notice to the company, this time because they had not disclosed the necessary information of existing dam infrastructure such as dimensions and specifications.

The OVPS project would generate 1,200-2,000 MW of power as water flowed from upper reservoirs to the lower ones. Project transmission lines would connect with LADWP’s existing transmission system with an additional connection with Southern California Edison’s (SCE) Windhub Substation near Mojave. Given the current capacity of these lines, upgrades to existing transmission lines and substations would likely be necessary. Premium Energy estimates that the project could deliver 6,9000 gigawatt hours (GWh) of energy annually. However, it’s important to keep in mind that pumped storage does not produce electrical energy; it merely stores it to be used at a convenient time. This is of obvious value as renewable energy sources cannot be relied upon twenty-four hours a day, but inevitably, some fraction of the stored energy is lost in the process.

As if to see what would might stick, PE also filed an application in southern Inyo County near Haiwee Reservoir. Their proposal included a lower reservoir between the Los Angeles Department of Water and Power’s existing North Haiwee Reservoir and the Butterworth Ranch. Excavation to create the reservoir would likely damage some of the richest prehistoric cultural sites in Inyo County. Three locations were proposed for the upper reservoir. Similar to the first OVPS proposal with reservoirs located in wilderness, two reservoirs were proposed within the Coso Range Wilderness. The Coso’s are a popular destination for desert lovers, venturing into the range’s canyons to view ancient petroglyphs, sleep under world-class night skies, and view wildlife. Jumping to the Sierra side of highway 395, the company chose an alternative upper reservoir site near the community of Sage Flat and the Sierra Glen Ranch. This reservoir location enters the Inyo National Forest’s proposed recommended wilderness addition to the South Sierra Wilderness.

FERC found this project application insufficient because of its overlap with designated and recommended wilderness. In response, PE submitted a revised proposal on July 16 with adjustments to locations of the upper reservoirs. The drama will undoubtedly continue, but the one certain conclusion is that decisions concerning land use and energy facilities are complicated and deserve careful attention before, not after, projects are formally proposed.

Jora Fogg is the Policy Director of Friends of the Inyo, based in Bishop CA. She works on a variety of projects impacting the western Mojave. She is a Sierra Club Desert Committee member living in June Lake, CA, but frequents the desert as often as she can.