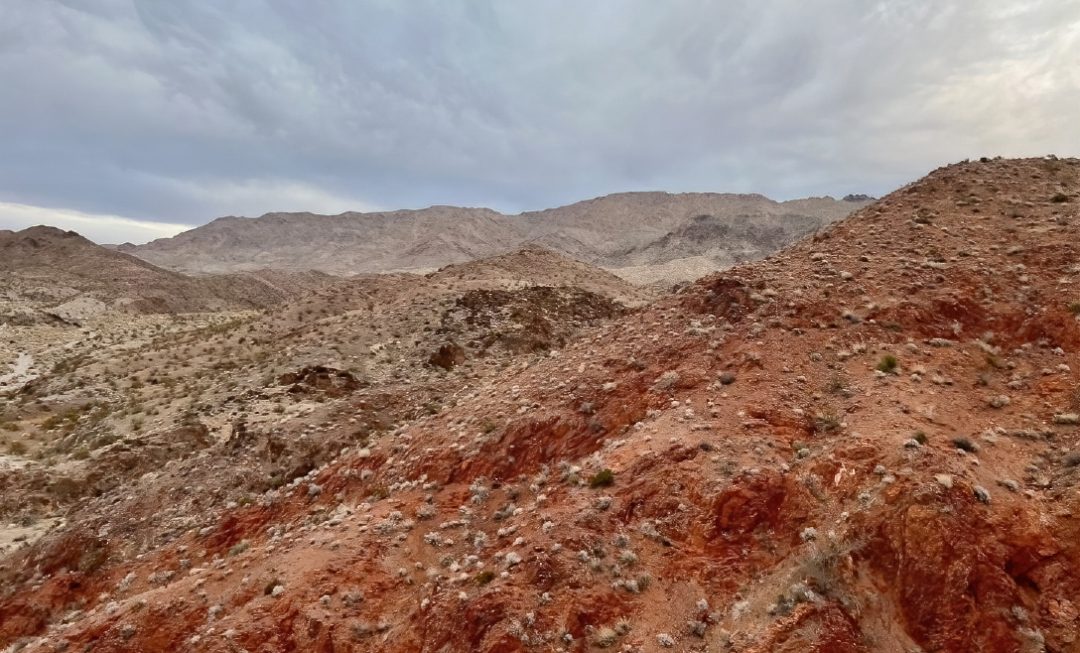 Life Beyond the Alarms

How I found My Place in an Era of Climate Chaos

There’s a little sound I hear whenever I open my door. It sings from the security keypad next to the doorframe, It is a two-note chime. Ba-dah, it says. Someone is entering or exiting. Be aware, it says. This could be dangerous.

I hear it when I step through the door to jump in my car and head to Costco. I hear it when my partner gets home from a long day on campus. Leaning beyond the threshold to fetch the day’s Amazon deliveries, there it is: ba-dah. ba-dah, ba-dah.

Only I don’t hear it anymore. Not really. That little ba-dah that’s meant to keep me safe if I’m in my office compulsively checking emails and not paying attention and not expecting company is now a nothing sound. I hear it so often I don’t hear it. I don’t move. I don’t feel alarmed. On April 4th, the Intergovernmental Panel on Climate Change (IPCC) issued yet another landmark report regarding the present state and trajectory of climate change. It is being called the “now or never” report, stating in no uncertain terms how close we are collectively to pushing the climate over the 1.5 degree C warming threshold, the level above which many of the effects of climate breakdown will become irreversible.1 This April report came on the heels of “the bleakest warning yet” issued by the IPCC in February which the UN secretary general described as “an atlas of human suffering.”2 The report describes mass die-offs of species, estimates 3.3-3.6 billion people are highly vulnerable to climate change, and predicts many coastal areas will slip beneath the waves at 1.5C temperature rise. If these reports weren't coming from the foremost panel of climate change experts on the planet, one might believe they were reading chapters ripped out of an apocalyptic novel. If only that were true.

The IPCC is not the only organization blaring alarm bells. The last few years around Las Vegas, where I live, have been lousy with alarms, of little ba-dahs telling us that changes are happening and may be dangerous. The drought in Nevada and Arizona coupled with over-allocation of water has depleted the reservoir of Lake Mead to historic lows. In 2020, Las Vegas bore witness to 246 consecutive rainless days. In 2021, the Nevada Department of Wildlife hauled 55 thousand gallons of water to 12 “guzzlers” meant to sustain bighorn sheep populations in the desert mountain ranges. Ba-dah. Ba-dah. Ba-dah. I remember being twenty-two, sitting beneath a pine tree on campus with a copy of Bill McKibben’s The End of Nature in my lap, fear and rage rippling through my nervous system at the alarm he was sounding. Every news story linking a hurricane in the gulf or a flood in Ohio to climate change shattered my sense of security like the thunder of war drums. Everything frightened me, pushed my back against a brick wall and dared me to raise my fists in defense. The apocalypse felt imminent and so I felt important, because I was one of those who wanted to save the world from burning, who just wanted the alarms to stop because they hurt me.

A decade later, what response I elicit to these alarms comes mostly as a result of habit. I bring up the latest headlines at the dinner table to make sure my friends have seen them. I retweet, e-blast, and sign onto comment letters. I still read the latest books on climate change, pay to offset my carbon emissions when I fly, and actively look for opportunities just to buy fewer consumables. But creatures of habit aren’t inspiring.

Maybe what I need is something bigger, something scarier. Maybe I’m waiting for the big alarm, the real alarm, the one that says the hulls have been breached and water is starting to pour over the starboard rail. But that’s not how climate change works. There won’t come a day when every bell and siren in the city shrieks the terror of the reckoning at hand. There won’t be a Pearl Harbor Day when people are galvanized by blood and fire in the water. Climate change will come as a series of ba-dahs, of small changes, small destructions, thirteen new names struck off the endangered species list in a quiet dignified memorial service. Death by a thousand ba-dahs.

I used to worry about the people that didn’t believe in the alarms, who believed them to be falsehoods, or at least exaggerations made by some secret cabal with something to gain. I envied the peace with which the people who didn’t believe in climate change went about their days. In truth – and I’m ashamed to admit it – I deeply wanted the alarms to hurt them like they hurt me.

But now I worry that we’re beyond disputing the veracity of the alarms. The foremost climate scientists from 195 countries signed their names on the latest IPCC report. We believe that the boy crying wolf is telling the truth. We believe there is a wolf. We believe the boy when he says he’s scared.

And we don’t know quite what to do with this frightening new reality. We awake most mornings to a fresh chorus of alarm bells that imbue the rest of the day with a bizarre admixture of urgency and helplessness. I truly believe most of us badly want to help, want to do what we can to make things better in hopes of making the alarms go away. But we just can’t really imagine what each of us as individuals with busy full lives can possibly do about problems as vast and horrific as climate change.

Let me tell you what I have done, and what’s helped me a little.

I’ve made my world smaller. I’ve carved out one place, one locale, a particular ecosystem, a particular finite set of living things and rocks and waters and sand and called it “my world.” My  world is a remote reach of the Mojave Desert, a river that runs mostly underground called the Amargosa. My worry is centered around the Amargosa vole, the Shoshone pupfish, the Screwbean mesquite, and a dozen other species you’ve never heard of and will likely never see. It doesn’t matter. They’re my world now. When something threatens them, it sets me on fire. Their alarms jolt me awake in the middle of the night in my own sweat. I’d plant my bones in the salty dirt as a picket fence if that’s what it took to save the Amargosa niterwort from being scraped into extinction. There’s still a great deal of anxiety in this little world of mine. My role as the Executive Director and sole staff member of a small grassroots conservancy ensures that I still lose plenty of sleep over the many crises unfolding in the Amargosa Basin. But the anxiety I feel now feels somehow more tangible, because the world is more tangible. The problems are many and still quite large, but they can be managed with determination, collaboration and a little luck. The stakes feel more real, and opportunities to do good things for the land seem clearer and more feasible. I can walk out my door and check on something alive, see how each day and each season affects it, and do what I can to see that it gets what it needs to survive.

I’m not suggesting that everyone needs to quit their jobs and work for an environmental nonprofit like I do. Almost every day, I encounter a kindred spirit, someone who is similarly moved by this place I love and has some small gift of work, wealth or wisdom to offer in its name. By scaling down my world, I’ve found a community of people motivated not exclusively by fear of looming chaos on the horizon, but by the purity of love for place. These communities exist, or can exist, if we seek and create them.

This solution – if I can be a little brave and call it such – has the benefit of seeming scalable. What would happen if each of us chose a little world to love and loved it dearly? What if we took the poet Gary Snyder’s pointed advice seriously and found our place on the planet, dug in, and took responsibility from there? What kind of planetary healing might be possible if each neighborhood, butte, canyon, hedgerow, creek bed and desert basin had its own cadre of champions, giving what they could afford each day to support flourishing therein? How might our evenings feel if we could each of us say every day that we did what we could to do right by the places we love?

I can’t predict what might happen, but it seems like a better, more fulfilling way to live than this era of climate alarmism has so far offered. Of course we still need the big alarms, and ought to be grateful for those brave enough to sound them. But perhaps what we need more than ever is some intimacy with the natural world that feels real, loving, and actionable. Let’s start there and see where it takes us.

Mason Voehl is an activist and writer representing the Amargosa Conservancy as its Executive Director. Over the last decade, Mason has cultivated a love affair with the American West through the  mediums of climbing, backpacking, and general rambling with his wife Sarah and two dogs. Mason’s essays on human-land relations have been featured in The Dark Mountain Project, Climbing Magazine, and the Black Mountain Radio podcast.