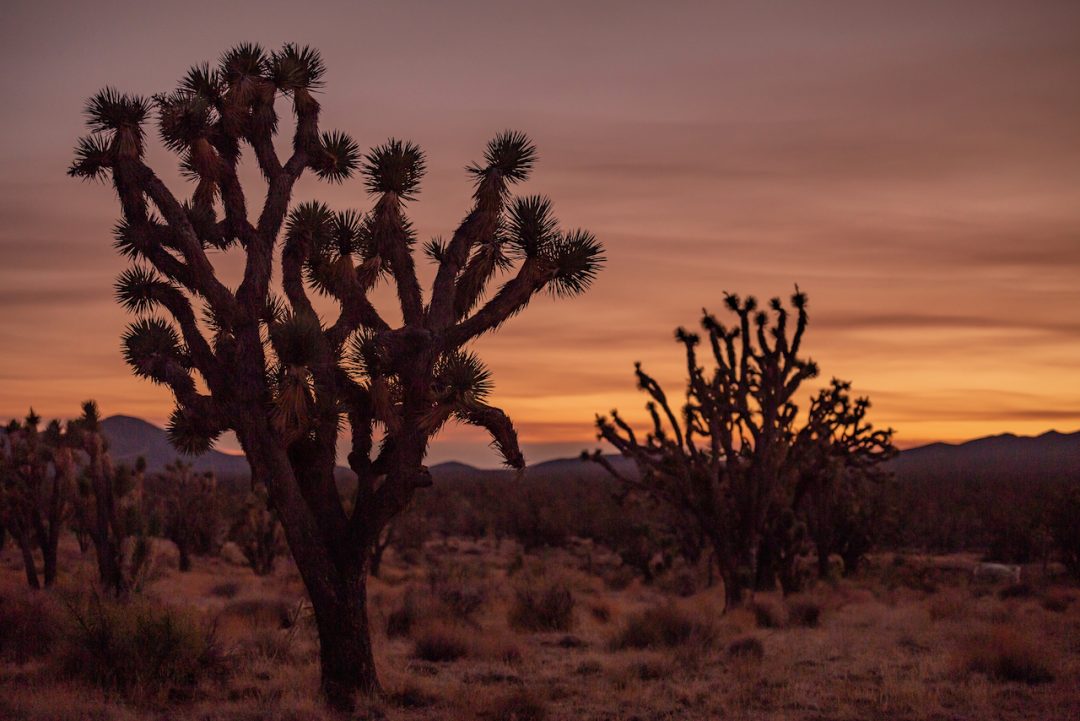 In the Face of Uncertainty

What Have We Learned – What Lies Ahead

Environmentalists and scientists understand that time is running short if an ecological disaster is to be avoided. We must immediately limit the accumulation of greenhouse gases in the atmosphere, and there have been many proposals on how this is to be done. Although some would attempt to capture and store carbon dioxide after it has been produced, most suggestions seek ways to the reduce or eliminate the use of fossil fossil fuels in the first place. Many articles in this issue of the Desert Report and elsewhere have discussed the possible role of photovoltaic solar systems in meeting our energy needs. The following might be  a summary of problems to consider:

1) The manufacture of the photovoltaic panels and their installation consumes significant quantities of energy and materials.1 Although one paper has reported that energy used in constructing large scale arrays consumed more energy than would send to the electrical grid in their expected lifetime, more complete studies indicate that the energy payback is complete in one to three years. Most solar panels are currently made in China and they use coal to meet their energy needs for mining and manufacturing.

2) Where and how PV panels should be installed is subject to continuing debate. There are many possibilities, each with their own advantages and disadvantages.3

3) Financing of generation and distribution of renewable energy remains in question. Sources may include government subsidies of various kinds, direct charges to electrical customers, and fees levied on rooftop solar installations for their use of the electrical transmission grid. These questions are intensely political.3

4) As sunlight is available only during daylight hours, nighttime demands for power will require alternate sources. Proposals include long distance transmission from other areas and/or storage of excess daytime electrical power that can then be released it at night.3

5) Finally, there are questions about collateral damage that might occur in the transition away from fossil fuels. Physical damage to the environment will be significant where large scale solar facilities are located in otherwise undisturbed areas. Beyond this, it will be essential that burdens of the transition not be placed on already disadvantaged communities.3

There is another concern should be added to the five that have already been listed. It is possible that even a massive investment in renewable energy will not significantly reduce emission of greenhouse gases to the desired extent. Published in 2012, a review of 50 years of data across the world concluded: “ . . . focusing specifically on electricity, each unit of electricity generated by non-fossil-fuel sources displaced less than one-tenth of a unit of fossil-fuel-generated electricity.4  This report is somewhat dated, so one might hope that as the solar industry expands, success will be greater. But other facts concerning energy use are not encouraging.

Electrical energy consumption in the United States has increased significantly in the past half century,5 and the article by Birgitta Jansen in this issue indicates that the future demand for electrical energy will almost certainly be massive. In short, it is probable that future increases in renewable solar energy will be consumed largely by the rising demand for electrical energy. If this is the case, then fossil fuel emissions will likely continue at a level comparable with present and past history. How the transition to electric vehicles and how the electrification of domestic heating and cooking might alter these conclusions will depend upon many unknowns.

Given the uncertainties in making a transition to renewable energy sources, perhaps the solution to our environmental dilemma lies in the more efficient use of the energy sources that we already have. Unfortunately there are many historical cases in which the increased efficiency in using a resource has has failed to reduce its consumption.

When fuel efficient cars became available in the United States, the result was that people drove farther, and gasoline consumption increased.6 Similarly, when fuel efficient appliances became available in Japan, people frequently used their saved money to buy bigger appliances.7 First reported in 1865 by William Stanley Jevons, this phenomenon is now known by his name. Increased efficiency in the use of electrical energy will be of minor use if consumer demand continues to rise.

Given the possibility that technical advances may not be able to sufficiently reduce the presence of greenhouse gases in the atmosphere, a decrease in our energy consumption is an option that must be considered. When J. B. MacKinnon looked at the (rare) occasions following WWII when carbon emissions fell, it was apparent that these correlated with periods of reduced or even negative economic growth.8 For over a century it has been a matter of unquestioned faith that if we are to maintain our standard of living, our industrial economy must grow. The suggestion that this growth must end is deeply disturbing for many.

In support of continuing to grow our GDP, a group of economists argue that it is possible to decouple economic growth from energy usage.9 Called a circular economy, the proponents of this idea argue that the material requirements of our civilization can be met by massive recycling of resources and that increases in efficiency will make solar energy sufficient for our needs. Even with the imagined recycling and efficiencies, if such an economy continued to grow, it would still need new inputs of materials and energy to keep the larger circle turning. It seems intuitive that an endlessly growing economy on a finite planet is impossible.

Some climate activists maintain that our only chance for a reasonable future will require an  immediate and abrupt end to the use of fossil fuels.10,11 They also argue that direct efforts to restore the natural biosphere must be initiated, including both an end to industrial agriculture and to urban expansion. These writers are less helpful in explaining how this is to be done without creating extraordinary social dislocations along the way.

Another group of writers argue that although difficult, a less abrupt and planned reduction in our economy is possible. Known as the Degrowth movement, it proposes a new order where economic activity is no longer at the center of everything; democracy is direct; income and wealth are distributed according to egalitarian principles; vital resources, infrastructures, and spaces are held in common; technology is convivial and serves social purposes; resource throughput is minimized; and working hours are reduced by cutting consumption, production, and wasteful expenditures.12

The utopian nature of this vision is obvious, and proponents of the Degrowth movement  acknowledge that there are no known groups that have fully demonstrated its practicality. They insist that a capitalism as we know it is incompatible with their proposed society, but they also point out examples where communities have lived well without growth. These ideas are interesting, but they have gained rather little attention in the United States.

An alternate but related view argues for what is called a steady state economy. The fundamental principle is that the overall size of the economy, as measured by Gross Domestic Product (GDP), should not grow, but that adjustments to labor, resources, investments, and social amenities would be possible as conditions require. To be stable, such an economy must provide a decent standard of living throughout the world, and if it is not to outrun the resources of the planet, it would of necessity entail what the industrial nations of the world consider a lower standard of living.

A 2013 study published in Ecological Economics13 examined the connection between Gross Domestic progress (GDP) and a broader indicator of well being which included environmental health and social benefits. Between 1950 and 2003 and across seventeen countries, the study found a genuine direct correlation between GDP and well-being – until a certain threshold was reached, and after this, the correlation fades. This suggests that nations should indeed focus on building GDP as they come out of poverty, but once they are reasonably well off, other measures become more important and relevant.

The modern notion of a steady state economy can be attributed to a 1973 publication, Toward a Steady-State Economy by Herman Daly.14 More recently, he and Brian Czech founded the non-profit Center for Advancement of the Steady State Economy (CASSE) which is the most visible advocate for the steady state movement in the United States. Somewhat unlike the proponents of Degrowth, CASSE is a formally organized and its website lists its goals as well as intermediate objectives.15

Given the level of consumption in the United States and the unquestioned acceptance of our consumer culture, the prospect of a shrunken economy is nearly beyond imaging. But before assuming that no change in lifestyle is possible, several observations can be made. By most     standards, the quality of life in Europe is equivalent to that in the United States, but they have maintained this standard with a Gross Domestic Product per person that is about half of ours. A second observation can made from our experience with COVID. Our economy shrank; large gatherings were constrained; oversea travel was nearly impossible; and shopping for more than essentials was deferred. It was unpleasant, but we survived. If we think about our greatest losses, these were the opportunities for our children to attend school, our opportunity to visit family in other cities, and a quiet meal at a restaurant. Our material deprivations were not the ones that mattered; it was our personal connections that we missed. A steady state economy may be survivable after all.

Predicting the future in a time of climate change is a highly uncertain endeavor. We must act on the basis of what seems most probable, but we must also acknowledge that our knowledge of the natural world is incomplete. Similarly, we have been unable to adequately  anticipate the changes created by our new technologies. A lengthy and perceptive discussion of these changes has been written in a book by Vaclav Smil called “The Grand Transitions: How the Modern World Was Made.16 He argues that none of the transitions – population explosion, agricultural advances, harnessing of energy, changing economics, environmental losses – could have been foreseen or understood while they were underway. The conclusion which Smil draws is that in our present state of uncertainty, all our options must be kept open.

Renewable solar energy may be a key to surviving our environmental crisis, or it may be seriously insufficient. We will almost certainly find our culture radically transformed – ideally through planning that affirms the best of our human nature and maintains the integrity of our planet. It would be an error to commit to any strategy without attempting to consider the consequences that might ensue.

Craig Deutsche is managing editor of the Desert Report.

5) U.S. Energy Information Administration,“Total U.S. electricity consumption in 2021 was about 3.93 trillion kWh and 13 times greater than electricity use in 1950.” <https://www.eia.gov/energyexplained/electricity/use-of-electricity.php>