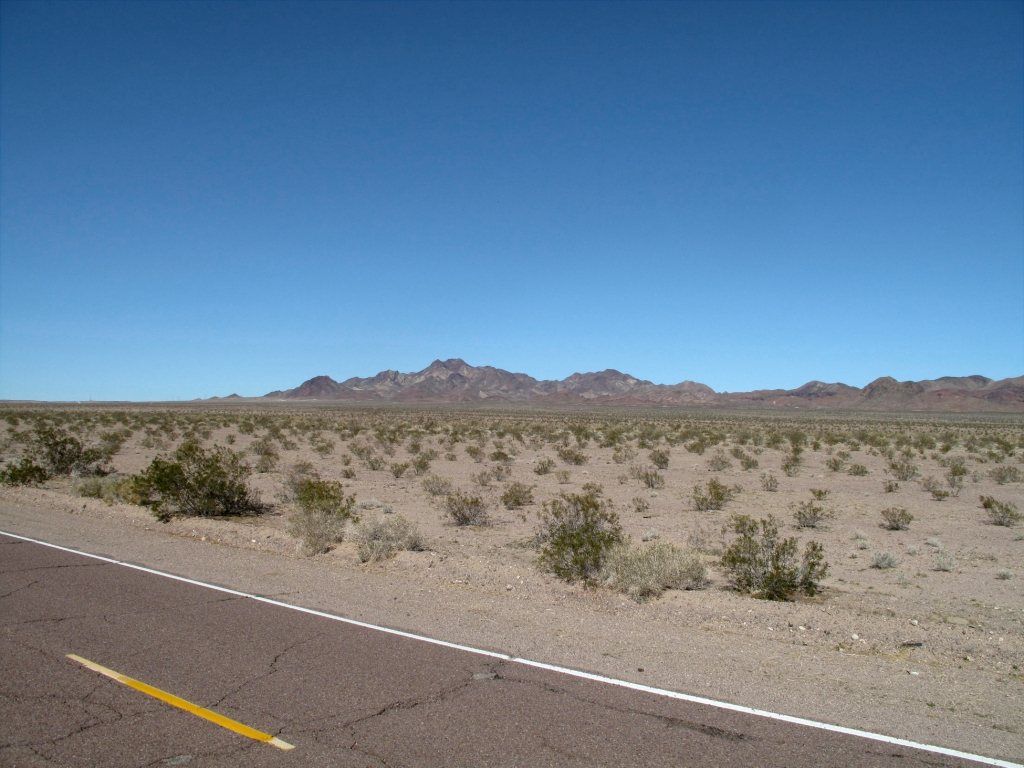 An Accurate Energy-Need Analysis Must be Part of the Plan

Encompassing 22 million acres, the Desert Renewable Energy Conservation Plan (DRECP) is the biggest, most complicated habitat plan ever attempted. Here are a few things you ought to know about it.

To give credit, DRECP is a laudable attempt by the California Energy Commission, BLM and others to try to craft a habitat plan for the desert. The trouble is that the California desert is truly one of the last great frontiers in America, so only a tiny fraction of it has been surveyed for species. It’s also a very fragile land where impacts last hundreds of years if not millennia.

So DRECP has been hampered by scant biological data as well as no funding for BLM implementation, by no commitment from desert counties, by BLM’s multiple-use mandate, and by DRECP’s own failure to heed independent science advice. In the face of this, DRECP released a draft plan that is confusing for veteran conservationists and incomprehensible for the general public.

DRECP needs a major overhaul before it can meet the most basic legal standard, and that may actually be a good thing. Several desert counties are still working on revising their general plans for renewable energy, and county participation is essential to the task.

Meanwhile, DRECP can make important fixes now, such as updating its energy-need analysis.

In 2008 when DRECP was conceived, mega-solar thermal power plants in the desert were seen as the future of renewable energy. What has changed since then?

Well, for starters, the price of photovoltaic panels (PV) has fallen precipitously. PV used to be $5-$7 per watt installed, but now PV panels cost less than $1 a watt, with permitting and installation costs plummeting as well. Given rising electric rates, soon PV will be too cheap not to install on your roof.

But DRECP has failed to change with the times, and still clings to the notion that we’ll need over twice as much utility scale solar as customer-side (rooftop) PV. Specifically, DRECP assumes we’ll see only 7,000 MW of new customer side PV in the next 25 years. But think about this: grey and cloudy Germany installed 7,000 MW of PV in one year!

So how did DRECP determine its asserted “need” for renewable energy in the desert in the first place? This is one of the least understood aspects of the whole plan. It’s complicated, because DRECP wasn’t designed just to ramp up renewable energy. DRECP’s charge is to reduce carbon emissions from electricity sufficiently to keep California on track to achieve its long-term carbon reduction goals.

For this purpose, DRECP created an “energy calculator” to determine future electricity demand and the likely mix of technologies needed to meet the carbon goal in 2040, which is the term of the plan. Then DRECP allocated a portion of the perceived need for utility scale renewables between the desert and the rest of the state.

Unfortunately, DRECP seems determined to achieve a certain result regardless of the facts. Repeatedly during the planning process, Sierra Club pointed out where the DRECP calculator’s assumptions about future electricity demand were flawed. In response DRECP might make some corrections, but then turned around and posited new assumptions that bumped perceived demand right back up again. While repeatedly moving the goal posts to justify large demand for mega-renewables, DRECP continually argues that its energy need assumptions are “conservative.”

But does assuming there will be 18 million electric vehicles in California in 2040, when there are only 13 million state licensed vehicles now, sound conservative? Laudable? Yes. Conservative? No.

Is it conservative to assume retirement of all in-state and out-of-state nuclear power? To assume minuscule amounts of future customer-side PV? To downplay energy efficiency? And to assume there will be no technological advances in renewable technology for the next 25 years?

The bottom line is that DRECP’s energy analysis greatly exaggerates likely future electricity demand while grossly underestimating customer-side PV and other technology that will markedly reduce demand – resulting in a plan that permits way more mega-renewable development in the desert than needed.

As before, the Club will continue to request corrections to the energy analysis. The big question is: will DRECP correct those mistakes, or will it continue to move the goal posts?

Here goes some good news for a change: Even by its own metrics, DRECP is half done. That’s right, and it’s worth counting megawatts (MW) to grasp this.

DRECP asserts that 20,000 MW of new utility scale renewables (which equates to well over fifty giant Ivanpah solar projects) are needed in the desert. Although DRECP’s number is exaggerated, for simplicity sake let’s take it at face value for now.

Of that 20,000 MW of new renewables, roughly 5000 MW are assumed by DRECP to be a combo of geothermal plants (needed to balance the intermittent renewables) and of smaller utility scale PV projects sited near electrical substations. Both of these kinds of projects are geographically constrained by where they can be sited, and do not require vast amounts of desert land.

So that leaves 15,000 MW of mega solar and wind proposed in the desert by DRECP. Of that, about 10,000 MW have already been approved, are under construction or have come online in the desert since DRECP’s energy calculator “baseline” cutoff date at the end of 2010. That is huge.

Much of that post-2010 renewable energy is new wind development in the Tehachapi Pass area, which has been industrialized for decades because it is the most predictable and efficient place available to generate wind energy in the desert. So infill, build-out and re-powering of older turbines in the Tehachapi Pass will meet just about any DRECP assumption of need for wind generation in the desert, and at a fraction of the acreage DRECP allots for the purpose.

Thus, planning for new desert wind development can be scratched off DRECP’s list, along with the vast acreages of pristine lands it would have allowed to be industrialized by new wind farms across the desert.

As for solar, since 2010 there have been about 6500 MW mega-solar projects built or approved in the DRECP area. The preferred DRECP alternative assumes about 12,000 MW of big solar, so by that metric they are more than half done. Interestingly, if DRECP acknowledged that even just the minimum amount of rooftop PV would be installed over the next couple of decades to meet existing state mandates for zero net energy buildings, there would be little if any need for more mega-solar in the desert.

Bottom line: DRECP can no longer justify allocating two million acres of the California desert as renewable development areas. The remaining acreage needed for mega-renewables is a fraction of what DRECP contends, even if it doesn’t budge from its exaggerated need assumptions. Proposed renewable development areas can and must be reduced to focus on truly disturbed areas and avoid natural public lands.

Is your head swimming now? Let’s close with DRECP’s treatment of habitat conservation, which is regrettably another confusing aspect of the plan!

Normal habitat plans compensate for development by preserving adequate habitat in perpetuity to offset impacts of development and ensure long term protection of species. But DRECP relaxes the standard, by reducing the current ratio for acres of compensation land compared to acres of development and by also allowing both private lands and “actions” on BLM lands to be used for compensation. This is a problem, because DRECP does not require even BLM “compensatory” conservation lands to be protected in perpetuity.

Moreover, the bulk of DRECP’s proposed conservation for species impacted by renewable development consists merely of new BLM conservation designations. These are BLM land use plan amendments, with no new funding and no permanence.

What does this all mean? As drafted, DRECP would give a blessing for hundreds of thousands of acres of renewable energy development in the California desert without any long-term guarantee of conservation on BLM lands, which comprise the vast majority of DRECP-proposed conservation areas. BLM can erase its obligations to the state with the stroke of a pen, whereupon it would be free to amend away habitat protections, just as it has done so often in the past for consumptive users.

Joan Taylor has been a desert activist for Sierra Club since 1970, a stakeholder in DRECP for five years, and Chair of the Club’s CNRCC Desert Energy Committee since 2008.