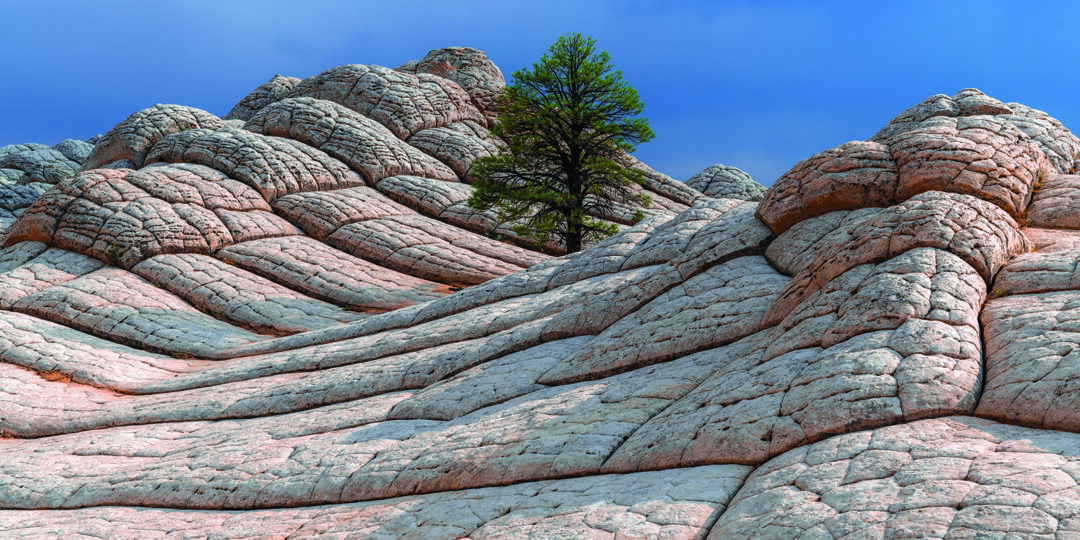 The Significance of Administrative Rulemaking by David Rutherford, Associate Professor, University of Mississippi

The plan is to get rid of public lands altogether, turning them over to the states, which can be coerced as the federal government cannot be, and eventually to private ownership. . . Nothing in history suggests that the states are adequate to protect their own resources, or even want to, or suggests that cattlemen and sheepmen are capable of regulating themselves even for their own benefit, still less the public’s. Historian Bernard DeVoto, 19471

Considerable resistance to federal ownership and management of land has existed throughout much of U.S. history. As demonstrated in the quote above, various efforts have attempted to turn these public lands over to the states, or even to privatize them, and such efforts continue in the present. But there is long precedent for national public lands, and indeed, they were established from the beginning of the country, even before the Constitution as well as within the Constitution itself. Some of the thirteen colonies that became the original states had declared claims to huge amounts of land all the way to the Mississippi River, but other, smaller states along the Atlantic coast did not condone this. As a compromise and in order even to establish the single republic of the United States under the Articles of Confederation, the states with large claims ceded land to the federal government. Consequently, development of national public lands actually occurred as part of the very creation of the United States.2

Public lands and federal ownership of them was further established in the Constitution in which Article IV, Section 3 states, “The Congress shall have Power to dispose of and make all needful Rules and Regulations” regarding the lands that belonged to the United States. The word “dispose” primarily meant forming new states in which settlement by the country’s growing population and expanding economy could occur. But importantly, the “rules and regulations” established by Congress stipulated that when new states were created, lands that were not already privately owned did not transfer to the states but instead remained under federal authority.

Beginning in 1803 with the Louisiana Purchase, lands from the Mississippi River all the way to the Pacific Ocean were acquired by the U.S. through purchase, treaty, or conquest, but note that these were all federal lands. Although much of the land was “disposed” of when new states were established, some land in the western U.S. remained as federal public lands. In more recent times, the narrative has emerged that these lands were somehow wrongfully taken away from the states, but nothing can be further from the truth. Those were federal lands to begin with, and they remain under federal authority even now. Furthermore, Article 6 of the Constitution, which is known as the “supremacy clause,” states that federal law prevails over state law, and the Supreme Court has consistently ruled that if Congress has established a “national regulatory scheme” for something, the states cannot regulate and intervene in that area.3 It is important to note that a robust “national regulatory scheme” exists for the national public lands, and while this system includes a number of federal agencies. four of these manage a large part of the public lands and exist principally to manage those lands for preservation and conservation purposes: the National Park Service, the U.S. Fish and Wildlife Service, the U.S Forest Service, and the Bureau of Land Management (BLM).4

These agencies were all established through legislation passed by Congress and signed by a president, and all such laws outline the missions of the agencies. These laws and others also specify definitions and the purposes of the legislation, for example, the Wilderness Act of 1964 states: “A wilderness, in contrast with those areas where man and his works dominate the landscape, is hereby recognized as an area where the earth and its community of life are untrammeled by man, where man himself is a visitor who does not remain.”5 But yet, while the legislation provides ideals, purposes, and even guidelines, substantial additional effort is required to accomplish implementation, and those laws authorize federal agencies to promulgate regulations for this purpose. Called “rulemaking,” the process ideally produces regulations that are consistent with the legislation. However, much occurs during rulemaking that can stray from legislative intent, and moreover, since the agencies that make and implement the rules are under the purview of the executive branch, priorities can change with different presidential administrations. In theory, Congress provides oversight of the executive branch agencies and their rulemaking through various committees and subcommittees. But this oversight is also subject to the political process along with lobbying efforts by various constituencies and the sheer magnitude of the task involved in monitoring all that goes on.

With respect to magnitude, it requires a lengthy document to list all of the rules promulgated by the executive departments and agencies of the federal government. Called the U.S. Code of Federal Regulations (CFR), as of 2012, it was 174,545 pages long.6 It is divided into 50 “titles that represent broad areas subject to federal regulation.”7 While regulations related to public lands could no doubt be found throughout the CFR, the titles that specifically focus on public lands include: Title 36: Parks, Forests, and Public Property; Title 40: Protection of Environment; Title 43: Public Lands: Interior; and Title 50: Wildlife and Fisheries.8 This short article provides two examples that illustrate the significance of the rulemaking process.

The first example is the National Environmental Policy Act (NEPA). Enacted in 1970, the NEPA legislation contains three principle parts: declaration of a national environmental policy and its goals; an action-forcing mechanism that must be employed by federal agencies; and establishment of the Council on Environmental Quality (CEQ) in the Executive Office of the President to oversee NEPA implementation. The law mandated that federal agencies (including public lands agencies) take into consideration the potential environmental effects of proposed actions that they carry out, fund, or approve (e.g. by permit) and that those environmental effects be weighed with other factors such as the economic and the social. The law also required annual reports from the CEQ to Congress, but these reports ceased being prepared as a result of the Federal Reports Elimination and Sunset Act of 1995, with the last CEQ report being submitted in 1997.8 Although the CEQ website states that the council continues to act in accordance with NEPA, there has been considerable variation over the decades as implementation priorities have changed with the shifting winds of politics.

Perhaps the most far-reaching proposed changes have occurred recently. On July 15, 2020, the CEQ announced its “final rule” titled Update to the Regulations Implementing the Procedural Provisions of the National Environmental Policy Act. One particular change entails removal of specific reference to “cumulative” effects on the environment. For well over twenty years, the CEQ has ruled that cumulative effects on the environment be taken into account because most environmental effects “result not from the direct effects of a particular action, but from the combination of individually minor effects of multiple actions over time.”10 While the current chair of the CEQ, Mary B. Neumayr, stated that the changes “modernize, simplify, and accelerate the NEPA process [and] reduce unnecessary burdens and delays,”11 one wonders if the removal of “cumulative change” from the rules is solely for this end or if it advances political purposes through use (or misuse?) of the rulemaking process. Such word changes are often simple but the effects can be huge, and while the changes are perfectly legal, the motivations may be political.

A second example illustrates that rulemaking begins at the top. On March 13, 2017, the then newly-installed President Trump signed Executive Order (EO) 13781 that is titled Comprehensive Plan for Reorganizing the Executive Branch. The EO states its intention to “improve the efficiency, effectiveness, and accountability of the executive branch” but then specifies that the way to do so is to “eliminate or reorganize unnecessary or redundant federal agencies.”12 Again, simple words, and words that have broad appeal, but what is the definition of “unnecessary” or “redundant?” A clue lies in an additional statement in the EO that some or all of the functions of federal government agencies may be “better left to State or local governments or to the private sector through free enterprise.” This brings to mind the quote by DeVoto above: “The plan is to get rid of public lands altogether, turning them over to the states, which can be coerced as the federal government cannot be, and eventually to private ownership.”

As part of the rulemaking that occurred pursuant to EO 13781, the Department of Interior (DOI) announced plans to move the headquarters of the BLM out of Washington D.C. Despite considerable opposition, DOI moved forward with the plans, and as of this writing, the move has largely been completed. Positive and negative outcomes of the move have been exchanged publicly, but of note is the following observation: the four-story office building into which the BLM has moved in Grand Junction, CO, also contains offices of Chevron Corp., Laramie Energy LLC, the West Slope Colorado Oil and Gas Association, and the offices of a major construction firm. On one hand, BLM sharing office space with the types of organizations which the law mandates that it regulate seems unfitting, symbolically at least and probably in practice as well. On the other hand, as BLM then Acting Director William Perry Pendley stated, perhaps the move is so that “farmers and ranchers and people from small communities and county commissioners” can have easier access to the federal managers of the nearby lands.13 But as Jayson O’Neil, deputy director of the Western Values Project stated, “Now the agency tasked with protecting and standing up for our public lands will be rubbing elbows with oil executives and sharing a water cooler with extractive interest allies.”14

Without doubt, the processes of legislating and rulemaking in the U.S. are complex. Moreover, judicial review plays a role, and lawsuits are pending and being filed at this time with respect to many of the recent changes, including the two illustrated above. Yet behind the complexity lie beliefs and values – the ideologies – of those who write the guiding legislation and who do the implementing rulemaking. While it is certainly essential to understand and utilize the legislative, rulemaking, and judicial processes, the legislation and rules need to be recognized as codification of the underlying beliefs and values that vary among people and over time. In the quote above, DeVoto expressed the belief that states can be coerced by special interests to the detriment of the environment and that he values federal management of public lands as a bulwark against such outcomes. The NEPA legislation seems aligned with this ideology but rulemaking has varied over the years, and in recent months, seems to be advancing beliefs and values that differ. To amplify on the title of this article, the significance of the rulemaking process should not be underestimated.

References and footnote cited above can be located on the Desert Report website <www.desertreport.org> by clicking on the “NOTES” button.

Author information: David Rutherford is a broadly trained geographer, including physical, human, techniques, and educational components of the discipline. This background aids contribution to interdisciplinary topics such as public policy, environmental issues, and major forces of change in the contemporary world.